Apple's China App Store removes over 26,000 games in half a day

Apple has removed 26,539 games from its China App Store today as of 2:00 pm, which is more than the total number of games removed in July this year, as the company is implementing a new rule. 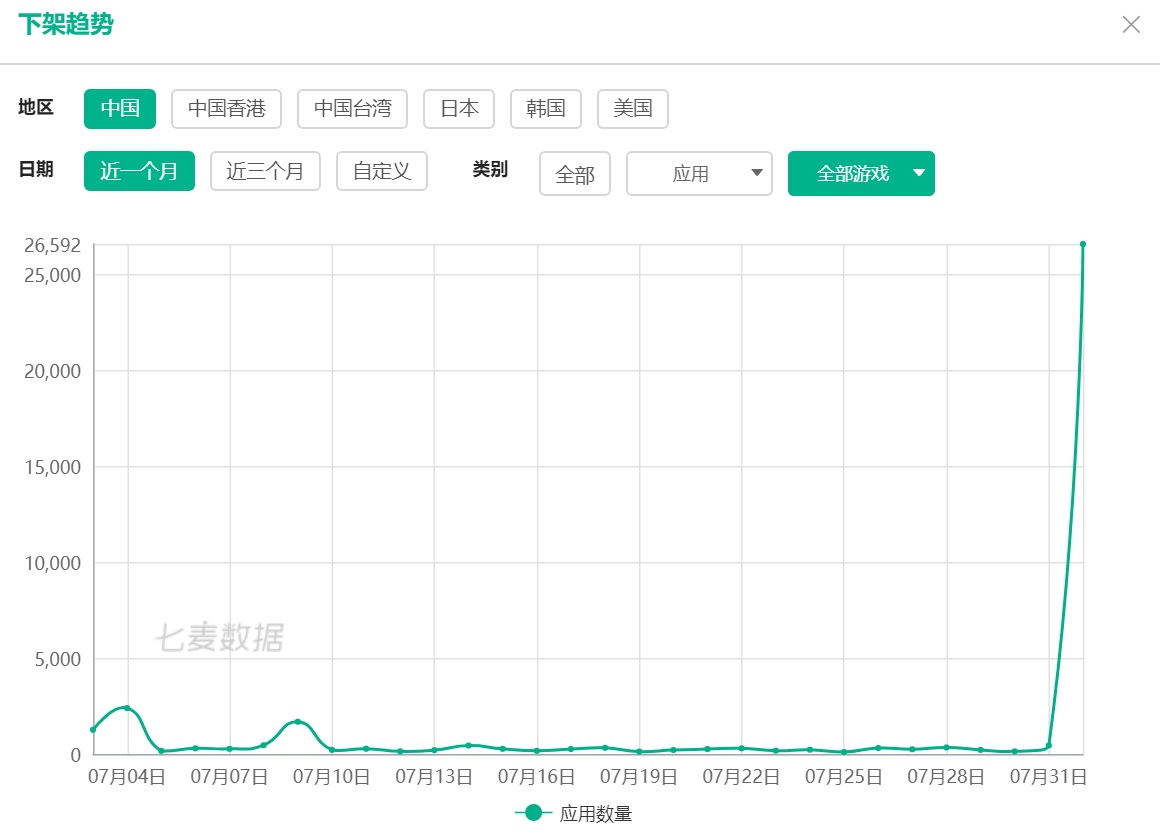 On July 1, the new App Store games rule, which had been in the works for nearly half a year, came into effect. All games without an approval number and with a paid design will be removed from the App Store China.

Apple said in an email to developers it will remove all mobile games in China without an approval number and with a paid design after July 31.

This also means that Apple has officially ended its previous unofficial practice of allowing games to be released first while waiting for regulatory approval.

The long and complicated approval process has hurt small and mid-sized game developers the most, with relatively limited impact on the larger ones.

Todd Kuhn, marketing manager at AppIn China, said: "This has the biggest impact on the revenue of small and medium-sized developers, and since it's quite difficult to get a game approval number, it's having a huge impact on the entire Chinese iOS game industry."

In the first week of July, Apple removed nearly 8,000 mobile games from its app store in China. The number of new games added during that period hit a recent low of 735, the majority of which were free games.

According to information on the approval of domestic online games released by the State Administration of Press and Publication, the number of games that received an approval number was 9,368 in 2017, 2,064 in 2018, and only 1,468 in 2019.

Chinese regulators have long required that all games that pay for or offer in-app purchases need to obtain an approval number before release.

The major Android app stores have enforced this requirement since 2016.

But unapproved games have persisted on the iPhone platform for a long time, and it's unclear why Apple previously allowed the "loophole" to exist for so long.