A user on reddit yesterday claimed to have received an email from Apple asking game developers in the Chinese App Store to provide their game's approval number and supporting documentation to App Store Connect by July 31.

The email said Apple will remove all mobile games in China without an approval number and with a paid design after July 31. 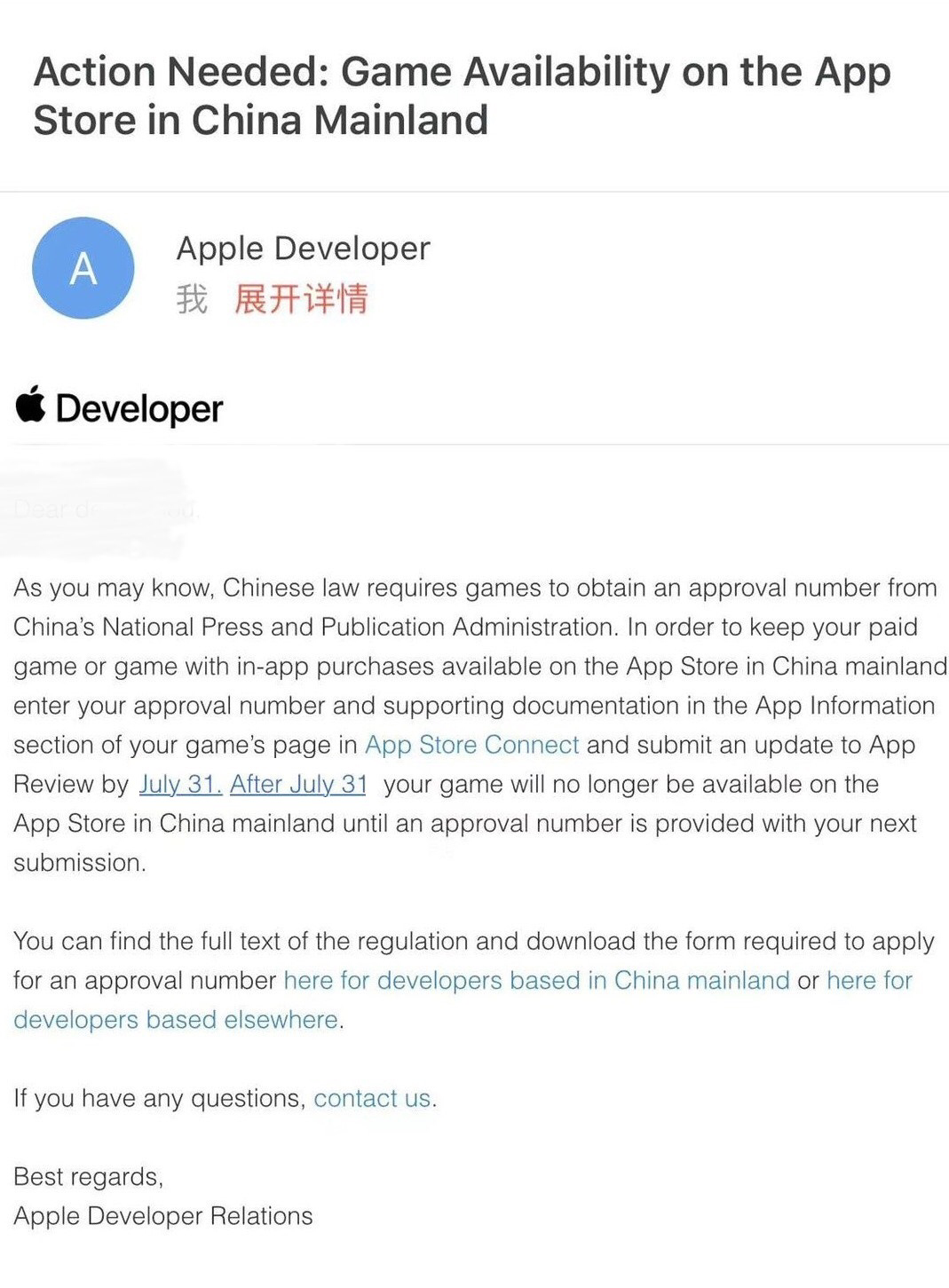 However, due to Apple App Store's mechanics in vetting and review efforts, the iOS platform has not been able to completely clean up such games.

Apple told Chinese developers in February that they had until June 30 to submit their approval numbers and documentation for their games.

Apple also strictly followed that notice and banned games that have a paid design but without an approval number from the App Store in China from July 1.

From January to July this year, a total of 665 games received an approval number in China.

The Beijing News has previously reported that it is estimated that games currently on the App Store in China that need to upload approval  number accounted for a whopping 27.14% of the total.