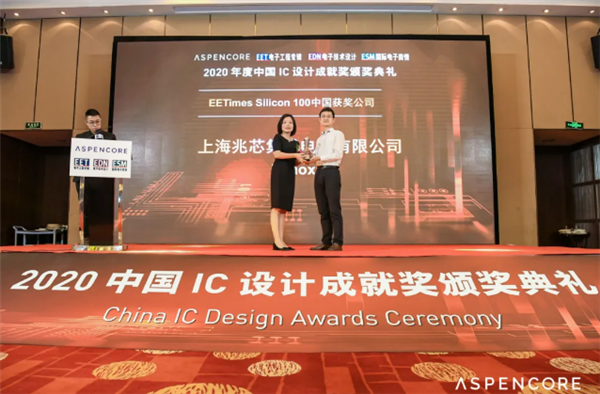 Zhaoxin is one of eight Chinese companies to make the list, and this is the third time it has made it to the China IC Design Achievement Award. The award stage.

The China IC Design Achievement Award has been held continuously for 19 years, and is one of the most important technical awards in the Chinese electronics industry.

The "Silicon 100" was formerly known as the Silicon 60, and the list was compiled by ASPENCORE's media arm EE Times.

In 2017 and 2019, with the Kaixian ZX-C and Kaixian KX-6000 Zhaoxin has twice won the "Greater China IC Design Achievement Award - Processor of the Year" for the performance of its family of processors. Awards.