China makes breakthrough in a key step in chip manufacturing

A Chinese company has announced the successful production of an ion implantation machine made entirely with local technologies, marking a breakthrough in a key aspect of chip manufacturing, Xinhua reported on March 17.

China Electronics Technology Group Corporation, which announced the breakthrough, said on Wednesday that its products include ion implanters for medium-beam, high-beam, high-energy, specialty applications, and third-generation semiconductors, covering process segments up to 28nm. 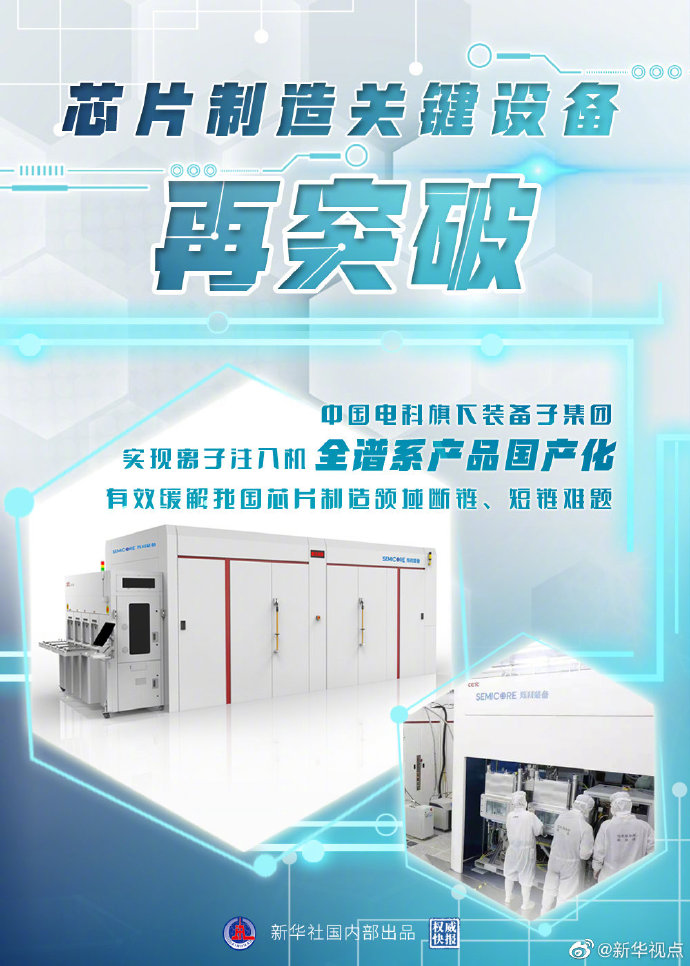 An ion implantation machine is a type of high-pressure mini-accelerator that is widely used in the chip manufacturing process.

It is used for ion implantation of semiconductor materials, large-scale integrated circuits, and devices by obtaining the required ions from an ion source and accelerating it to obtain an ion beam stream of several hundred kilo electron volts energy.

In addition, it can also be used for surface modification of metallic materials and film making.

Ion implantation machines are widely used in doping processes and can meet the requirements of the shallow junction, low temperature, and precise control, and are essential equipment in integrated circuit manufacturing processes.

China to give greater support to chip industry, MIIT says