Chinese mobile giant Xiaomi announced on Monday that it will release the Mi 10S smartphone equipped with Snapdragon 870 on March 10.

The Mi 10S will feature Harman Kardon symmetrical stereo speakers similar to the Mi 11 and reference the design look of the Mi 10 Ultra, according to Lei Jun, Xiaomi's CEO.

The main camera in the poster released by Xiaomi reads 108 MP, and the other three cameras are expected to be an ultra-wide-angle lens, a telephoto lens, and a portrait lens, in addition to a dual-tone flash and a secondary focus module.

It will be available in blue, white, and black, which means it's basically the same as the Mi 11.

Rumors say that the Mi 10S will use a 120Hz refresh rate display and a 5,000mAh battery with 33-watt wired charging support.

The Snapdragon 870 is clocked at 3.2GHz and has more capacity and lower price compared to the latest generation of 5nm Snapdragon 888. 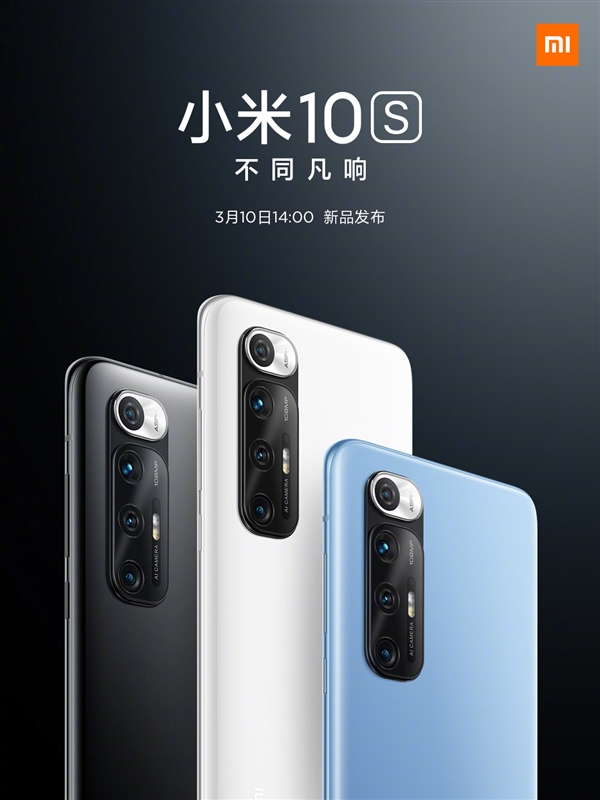