FunPlus is the highest-grossing Chinese app developer overseas in January, as a number of its games earned significant revenue in 2021, while Tencent, NetEase, and ByteDance are in the second, seventh, and 14th places on the list, according to App Annie's latest rankings.

FunPlus is not widely known in China, but it has popular game titles including the State of Survival, King of Avalon, and Guns of Glory.

In December 2020, State of Survival became the fastest-growing SLG mobile game in terms of overseas revenue 2020 when it surpassed $80 million in monthly revenue after 17 months of release. 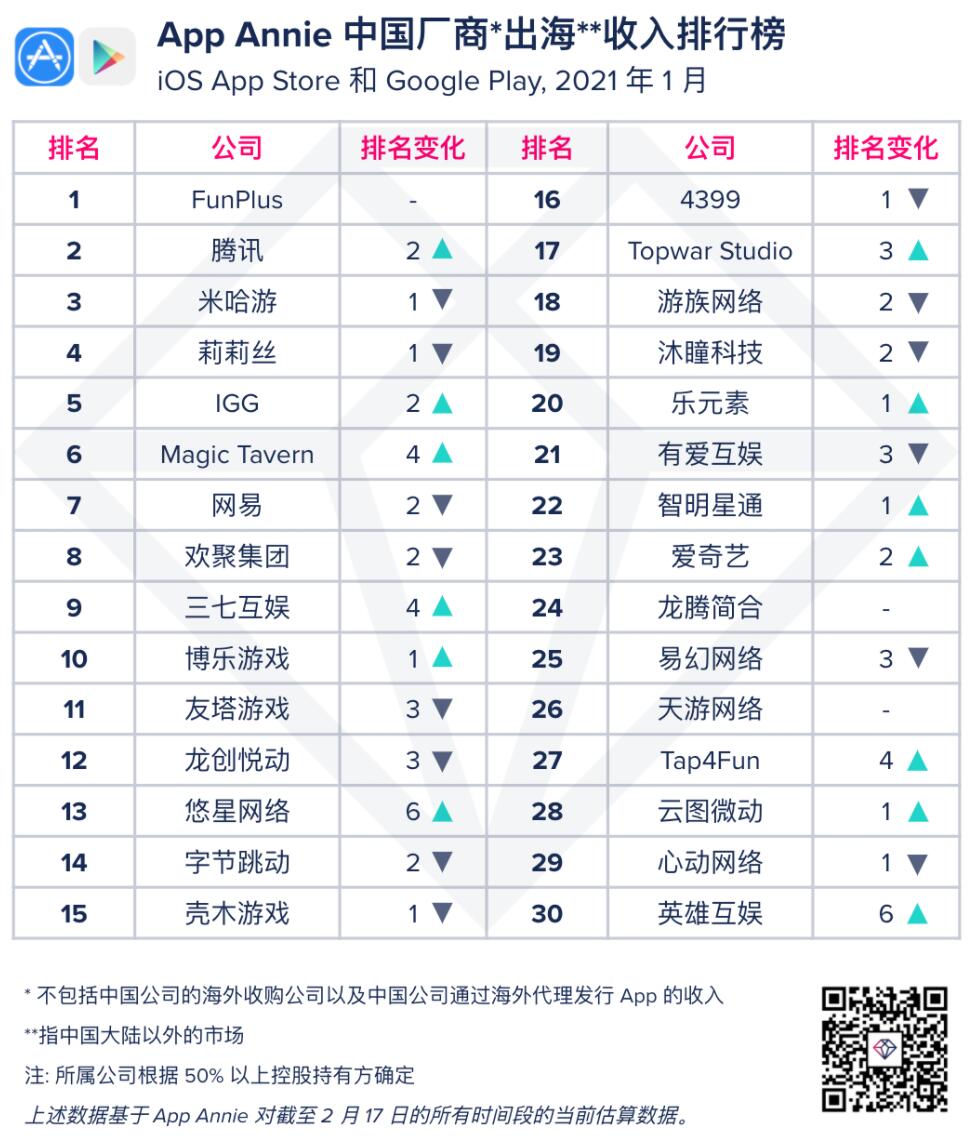 PUBG MOBILE, developed by Tencent, was updated in January and became the app with the highest revenue, making the social media and gaming giant the second-highest Chinese app developer in terms of overseas revenue.

Lords Mobile, developed by IGG, held a New Year's event in January and set a new all-time high for overseas monthly revenue, moving IGG up to fifth place in the overseas revenue ranking. 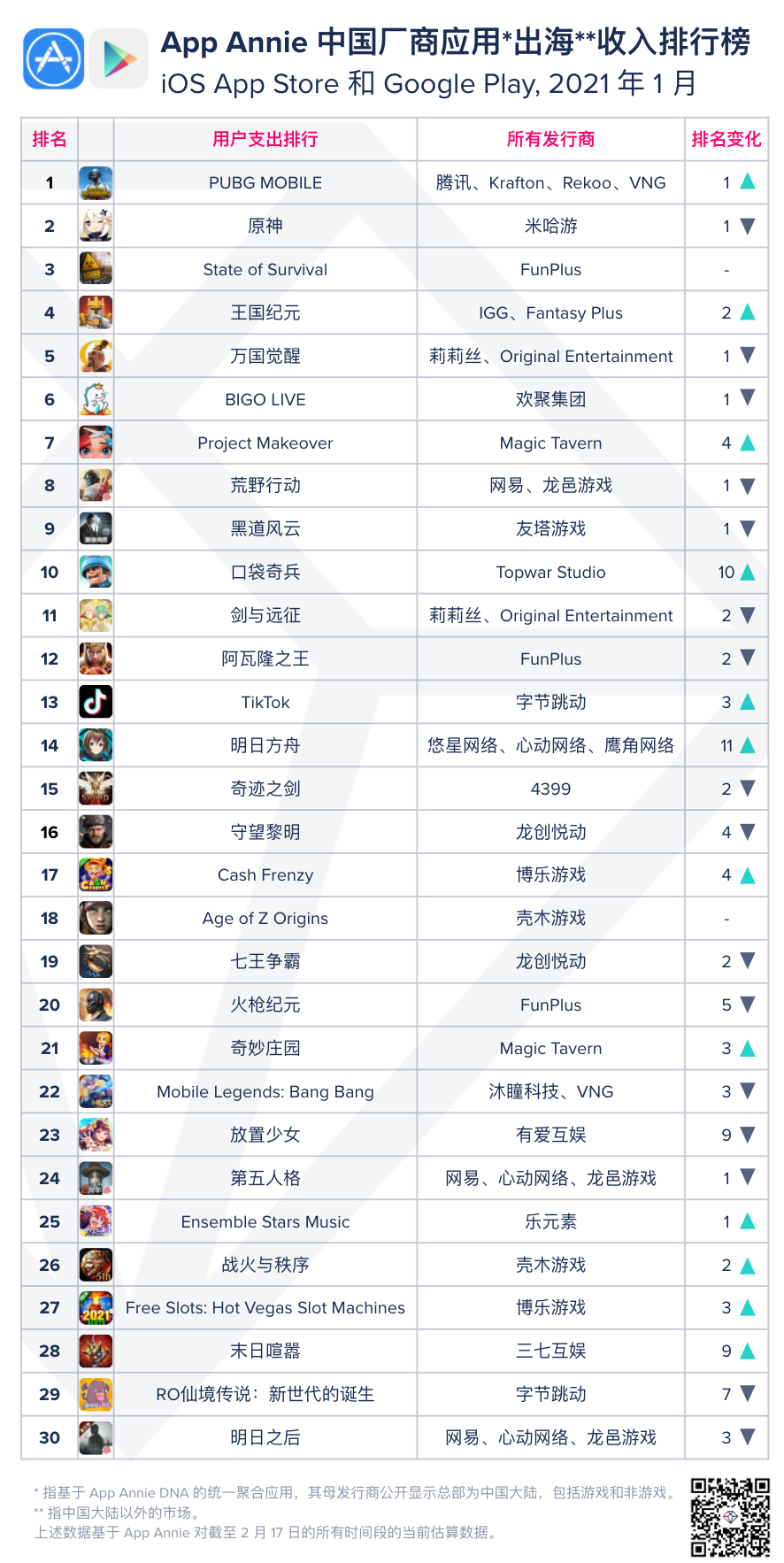 This month app developer Magic Tavern rose another 4 spots in January after soaring 6 spots in December and is now ranked 6th on the chart of Chinese app developers’  overseas revenue and is among the top vendors with the help of its game Project Makeover.

Game app developer Yostar Games rose six spots to No. 13 in January, as its game Arknights continued to gain revenue in Japan, the US, and South Korea.

In addition, another game "Mahjong Soul" became one of the fastest-growing games in the Japanese game market this month by increasing user stickiness and revenue growth through multiple methods such as special activities and costumes in a specific period, YouTube live streaming of interpreting the rules of gameplay, achieving a significant increase in open rate during the same period.

The Chinese video app iQIYI has achieved growth in subscription revenue in many overseas countries and improved its ranking by 2 places, ranking 23rd among overseas developers.