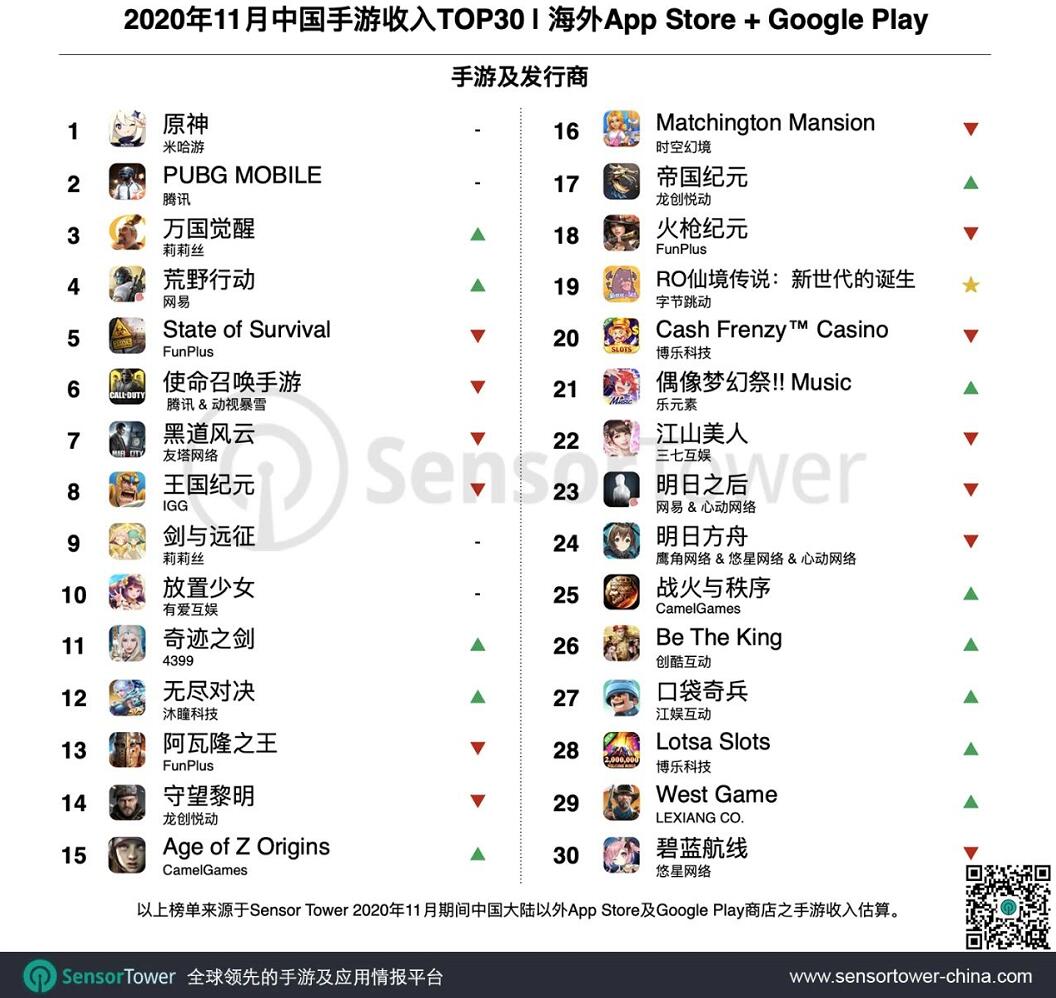 The three overseas markets that contributed the most revenue to Genshin Impact were Japan, the US and South Korea, accounting for 35.6 percent, 27 percent and 8.8 percent respectively.

The new version of Genshin Impact was released on December 1, and it generated more than $11 million in revenue in overseas markets that day, breaking the one-day revenue record for Chinese mobile games overseas.

In addition, with its 3rd anniversary celebrations underway, NetEase's Knives Out returned to the top of the Japanese App Store's best-selling handheld game list, with a 46% increase in revenue in November from a year earlier, ranking 4th on the list.

In terms of downloads, Tencent's PUBG Mobile ranked No. 1.

Project Makeover was officially launched in overseas markets in mid-November and received more than 10 million downloads in half a month, ranking No. 2.