After the digital RMB lucky money trial in Shenzhen ends on October 18, those who have downloaded the digital RMB wallet App can continue to use it after topping up their money, the Beijing News quoted a source as saying on Friday.

Digital RMB is digital cash issued by the People's Bank of China and backed by the state credit.

What makes it different from other mobile payment methods is that it uses a dual offline technology that allows payments to be made even if there is no signal, as long as the phone has power.

Users are not charged a transaction fee for using digital RMB, which also facilitates the promotion of this business.

Luohu, Shenzhen, has previously given out 10 million RMB in digital RMB lucky money to individuals, with each lucky money amounting to 200 RMB and a total of 50,000 lucky money units. 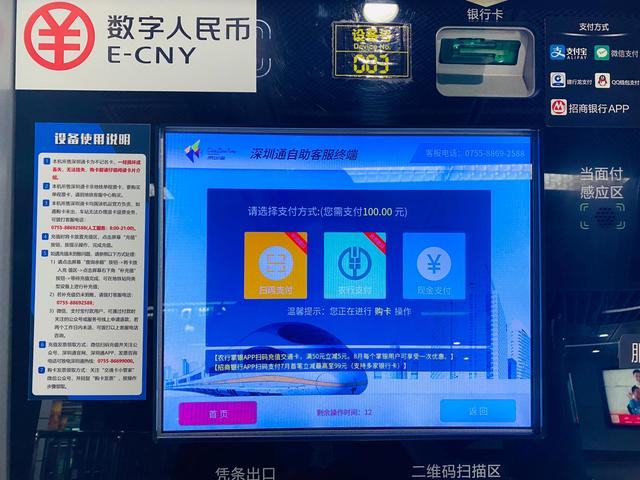 A total of 3,389 merchants in Luohu District support digital RMB with no threshold.

The 200 RMB of lucky money earned by users can be used in multiple payments, and any unused lucky money that exceeds the validity period will be collected by the digital RMB system.

According to the rules of the pilot, 200 RMB of lucky money cannot be withdrawn yet.