Home Software Bilibili announces successful launch of its video satellite, first of its kind for a Chinese internet company

Bilibili announces successful launch of its video satellite, first of its kind for a Chinese internet company 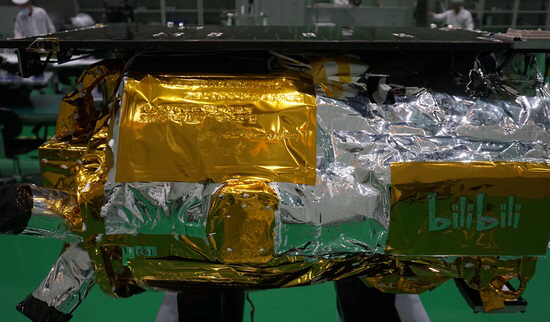 The satellite was launched by a Long March XI launch vehicle in the Yellow Sea waters and the satellite successfully entered its intended orbit.

Bilibili said the satellite is like an "eye" to see the world from space, and will look down on the Earth and observe celestial bodies from a sun-synchronous orbit 535 kilometers above the ground.

With the satellite, Bilibili hopes to encourage the younger generation to stay curious and keep exploring.

The massive amount of remote sensing video and image data obtained by the satellite will be made into a popular science video that will be updated regularly on Bilibili.

The content of the videos includes science and technology, humanities, history, nature, public welfare, education and other fields.

In the future, the satellite will also customize filming missions for Bilibili users, using the satellite to take aerial photos of the Earth.