Goldman Sachs has added Tencent to its Conviction Buy list in its latest research note but increased its valuation discount to 15 percent from 10 percent in light of the latter's exposure to regulatory uncertainty.

Tencent shares have retreated 22 percent this year, and have fallen 43 percent from the 52-week high. Goldman Sachs believes its share price adjustment has been excessive.

The bank said Tencent's underlying business is solid and it is investing more in its gaming business in China and globally, and that profitability is turning stronger in its advertising, WeChat Mini Programs, and video businesses.

The bank mentioned Tencent's commitment to long-term investment, as well as its weaker-than-market share price performance this year.

Goldman also lowered its 2021-2023 revenue estimates by 3-5 percent, mainly due to tighter regulations on content, advertising, and fintech, as well as delays in the launch of heavyweight games.

According to Bloomberg, Tencent has 63 buy ratings, 4 hold ratings, and 1 sell rating; the average target price is HK$733.

On Aug. 3, the official media Economic Information Daily published an article saying online games were addicting minors and comparing them to new drugs, causing Tencent Holdings to fall more than 10 percent at one point that day.

On July 27, the registration portal for new users of WeChat, Tencent's social networking software, was closed, saying it was undergoing a technical upgrade. Registration resumed on August 5. 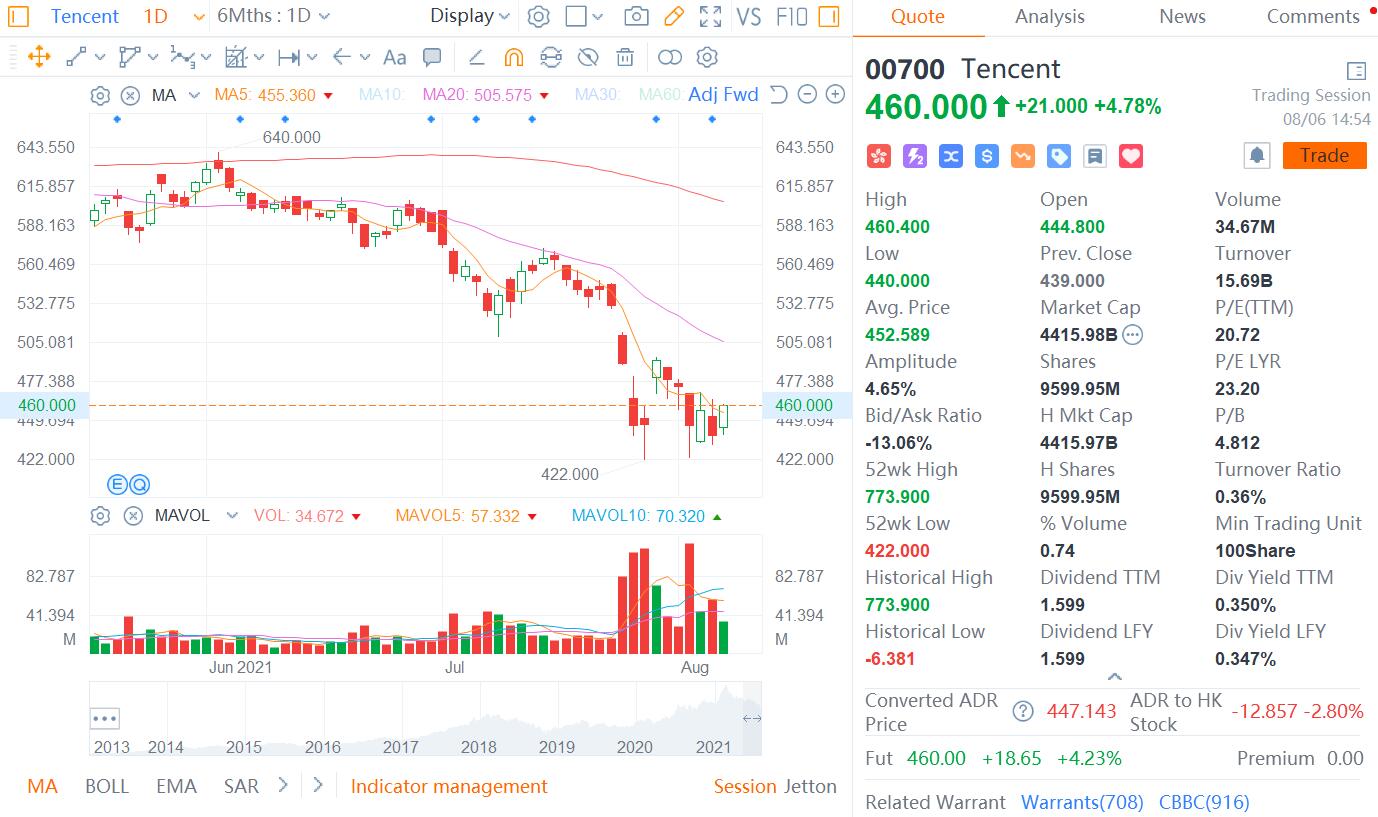