China's Tianwen-1 mission, consisting of an orbiter, a lander, and a rover, saw a number of technological breakthroughs, the operating system being one of them.

The operating system used by Tianwen-1 is the Kylin operation system (KylinOS), which was independently developed by a Chinese team, CCTV reported Monday.

Tianwen-1's lander successfully landed on Mars on May 15 this year, marking the success of China's first Mars exploration mission. Throughout the mission, the system had two engineers on standby at the control center, according to the report.

Development of the system began before the Chang'e 3, and since then the team has established a fixed emergency mission response mechanism.

During the Chang'e 3 mission, the Kylin team faced unprecedented challenges due to the spaceflight's stringent requirements for operating system stability and real-time performance.

Over the course of the mission, more than 180 problems were recorded. One of the biggest headaches for the team was that they were asked to make the operating system's real-time response accurate to 8 milliseconds, much lower than the 20 milliseconds to 30 milliseconds of a typical general-purpose system, according to the report.

When the Kylin team received the assignment, it was only six months before the Chang'e 3 launch.

To solve the problem, the Kylin team modified about 120,000 lines of code, and it took them nearly half a year to verify the idea from its conception to its final successful implementation.

More than 180 problems were eventually solved before Chang'e 3 launched, according to the report.

Today, KylinOS is widely used in many fields, including the Chinese space station, the BeiDou project, finance, energy and transportation. 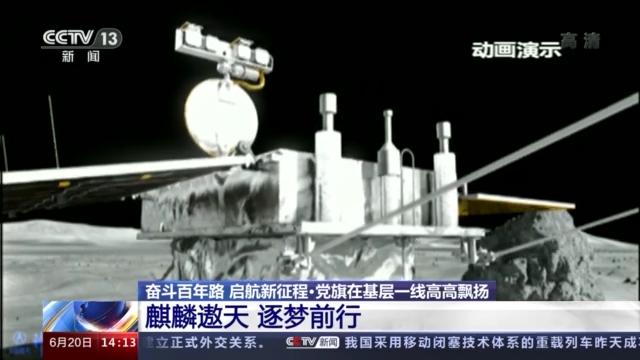 Dorothy Zheng Special Author
Posts 65Comments 0
Comments (1)
Follow CnTechPost:
Popular Posts
TOP1
China's first 12-inch wafer regeneration facility achieves mass production
July 16, 2021
TOP2
Loongson launches 3A5000, first processor to use its own LoongArch architecture
July 23, 2021
TOP3
China's maglev train with speed of up to 600 km/h rolls off line
July 20, 2021
TOP4
Xiaomi ranks second in global smartphone market for first time
July 16, 2021
TOP5
One of the most influential cryptocurrency media stops operations in China
July 16, 2021
Recent Posts
We use cookies on our website to give you the most relevant experience by remembering your preferences and repeat visits. By clicking “Accept”, you consent to the use of ALL the cookies.
Do not sell my personal information.
Cookie SettingsAccept
Manage consent