WeChat, the social chat app owned by Chinese social app giant Tencent, has updated its latest version of WeChat for Mac on Friday, allowing users to see what their friends are posting from their mac computers.

WeChat for Mac now allows users to view pictures, videos, and links of music shared by friends, and to like and comment on friends' updates just like on their phones.

But there is one difference between the computer version and the mobile one, that is, you can't view a friend's history posts directly.

In addition, the live streaming function of video accounts in the computer version has a variety of screen input options: camera, cell phone screen, window, multimedia, game, and desktop, and allows the simultaneous existence of multiple screen input options.

This WeChat for Mac update is a Beta version that only a small percentage of users can install and use.

This update also supports dark backgrounds, a feature that users have been craving.

WeChat was launched by Tencent in 2011 and allows users to instantly communicate via the Internet. It now has more than 1 billion registered users and has become part of Chinese people's daily lives.

However, Tencent has been relatively conservative in updating WeChat's features, for example, WeChat for desktop computers rarely adds new features.

Checking what friends' updates is something many WeChat users do every day, but previously Tencent only allowed users to do so on their phones. With WeChat for Mac getting this feature, it is expected to allow users to spend more time interacting with their friends.

WeChat to launch its own input method to protect user privacy 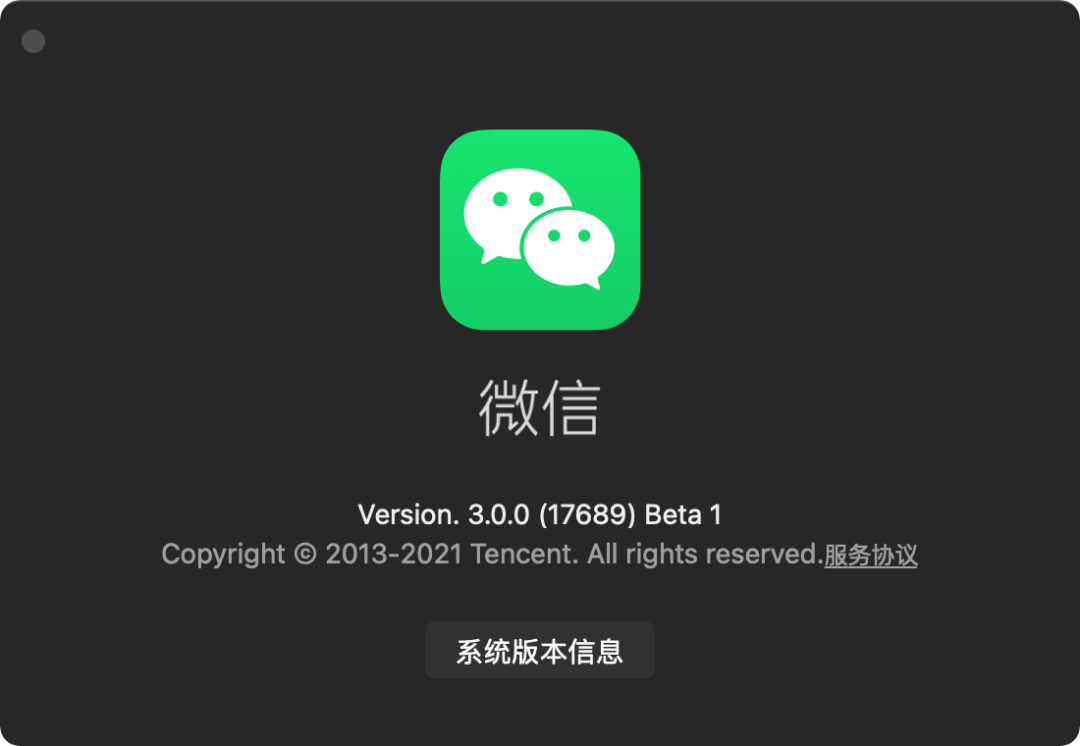