Baidu reportedly plans to list in Hong Kong in H1

Baidu plans to list in Hong Kong as soon as the first half of 2021, possibly selling about 5 percent to 9 percent of its share capital, Bloomberg said, citing people familiar with the matter.

Based on Baidu's latest market capitalization of nearly $70 billion, the offering could raise at least $3.5 billion.

Baidu has selected CLSA and Goldman Sachs to arrange its secondary listing in Hong Kong, the report said. 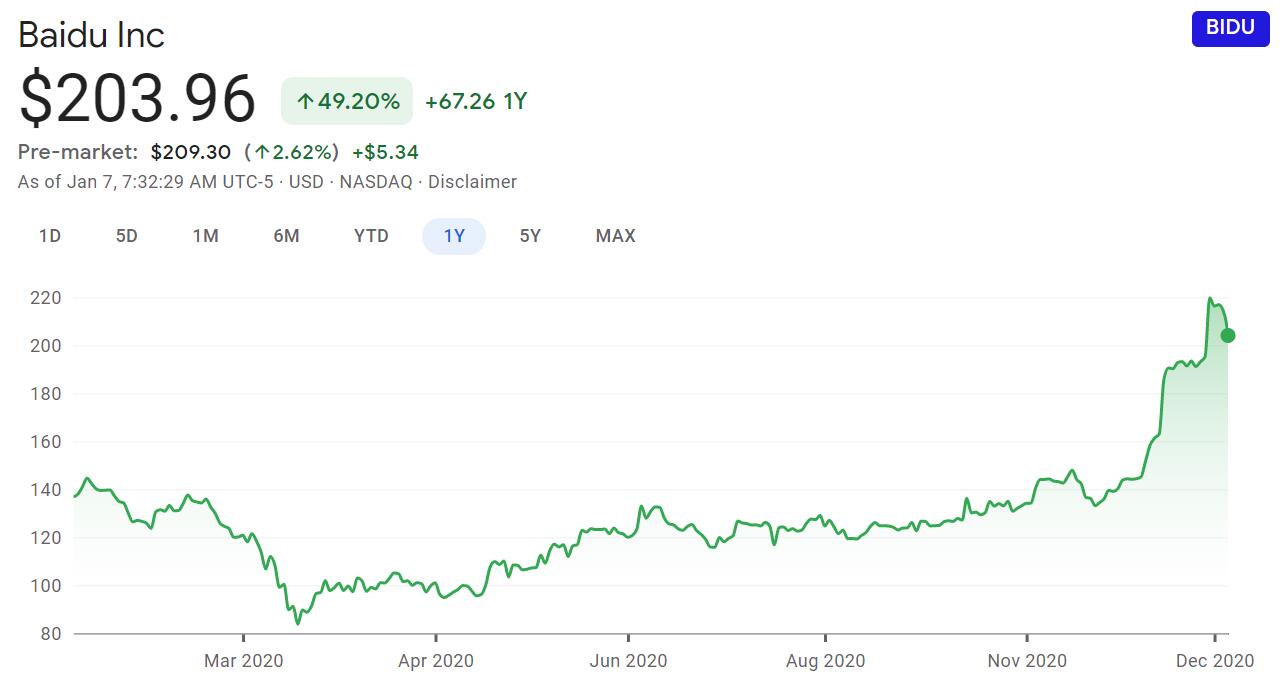 In May 2020, Baidu Chairman Robin Li told China Daily, "We are really concerned that the U.S. from the government level is continuing to tighten regulations on Chinese companies, and we are constantly discussing internally what we can do, including secondary listings in Hong Kong and other places."

As a Chinese company listed on Nasdaq, Baidu is not worried about the U.S. government crackdown, Li said, "Our fundamental judgment is that if it's a good company, there are very many options for where to go public, and it's not limited to the United States. So we are not so worried that the U.S. government crackdown will have an irreversible impact on the company's business,"