Baidu on Thursday announced a special award for employees called the "U Bonus" to reward those who have shared the company's fate over the past 2 years.

The Chinese search engine giant announced the decision in an internal letter obtained by cnTechPost, saying it had gone through a tough time over the past two years and is now back on an upward trajectory with a U-shaped share price performance.

For this reason, the company decided to give out a special U bonus to Baidu employees who have shared the company's fate over the past two years and are willing to continue to work together, the letter said.

The bonus is not much, equal to 50 percent of December's base salary, and the bonus will be paid on January's payday.

In 2018, Baidu's share price continued to go down, falling as much as 32% for the year. So far this year, Baidu is up 74%, with the vast majority of the gains occurring in the past month. In December, Baidu rose about 60 percent. 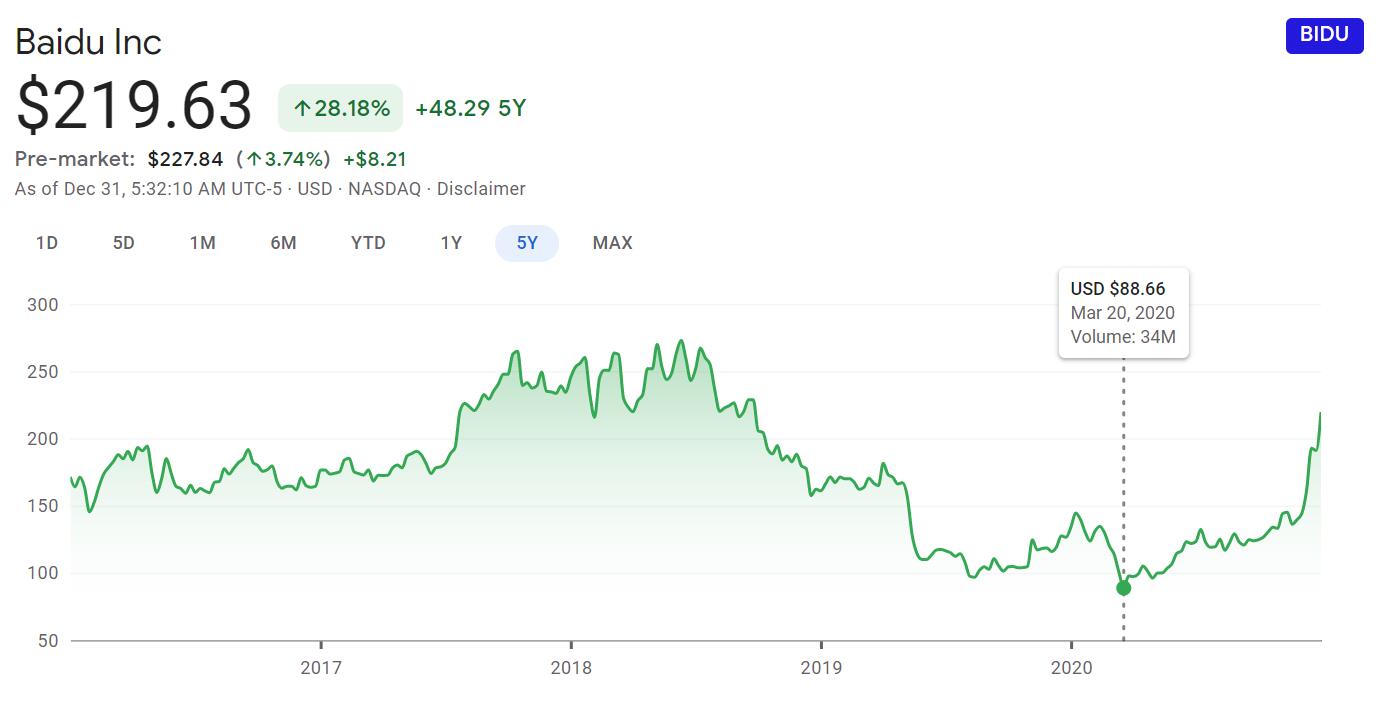 This is largely due to Baidu's core advertising business and the progress it has made in the driverless space.

Analysts at Bank of China International said in a previous research note that the growth in advertising inventory was driven by a gradual recovery in offline activity as China's Covid-19 conditions stabilized.

With higher and stable operating margins in the advertising business, Baidu's strong revenue growth could drive a solid improvement in net income, these analysts said.

They also believed Baidu's leadership in driverless will accelerate the commercialization of AI.

Meanwhile revenue from Baidu's AI business of Intelligent Cloud, Apollo, and Xiaodu are all expected to rise further, the bank said, adding that Baidu's investment in AI paves the way for stable long-term growth while maintaining momentum in search and information flow.