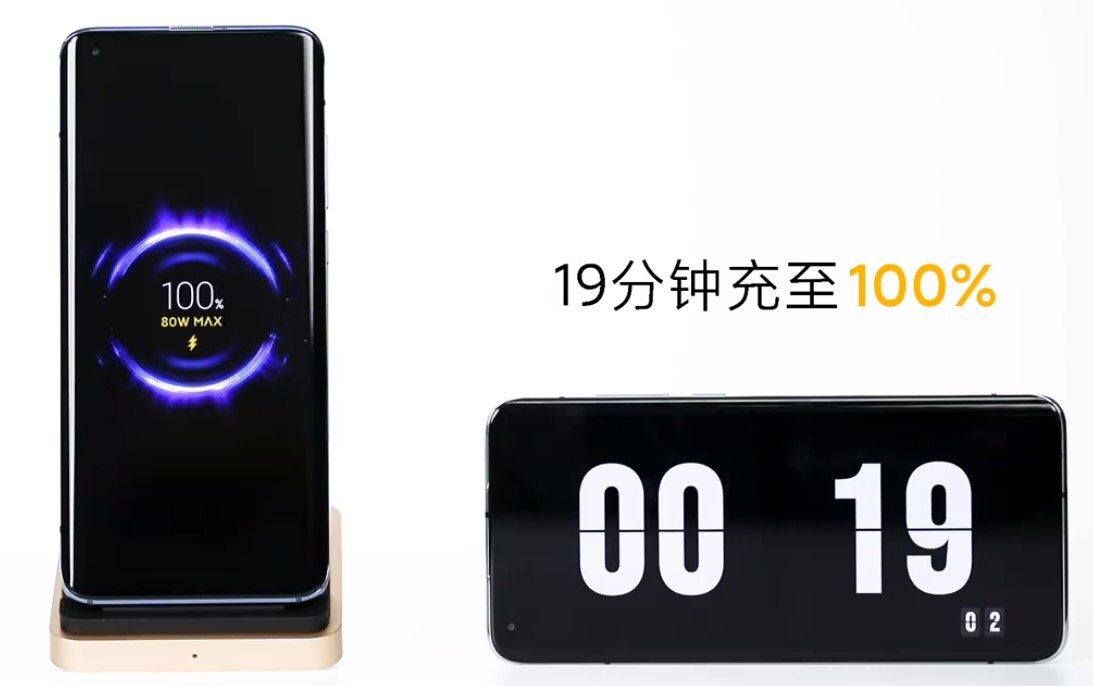 By comparison, Apple's new iPhone 12 series only supports up to 15W wireless charging.

Xiaomi said that with this technology, a 4,000mAh battery can be charged from zero to 50 percent in 8 minutes and fully charged in 19 minutes. 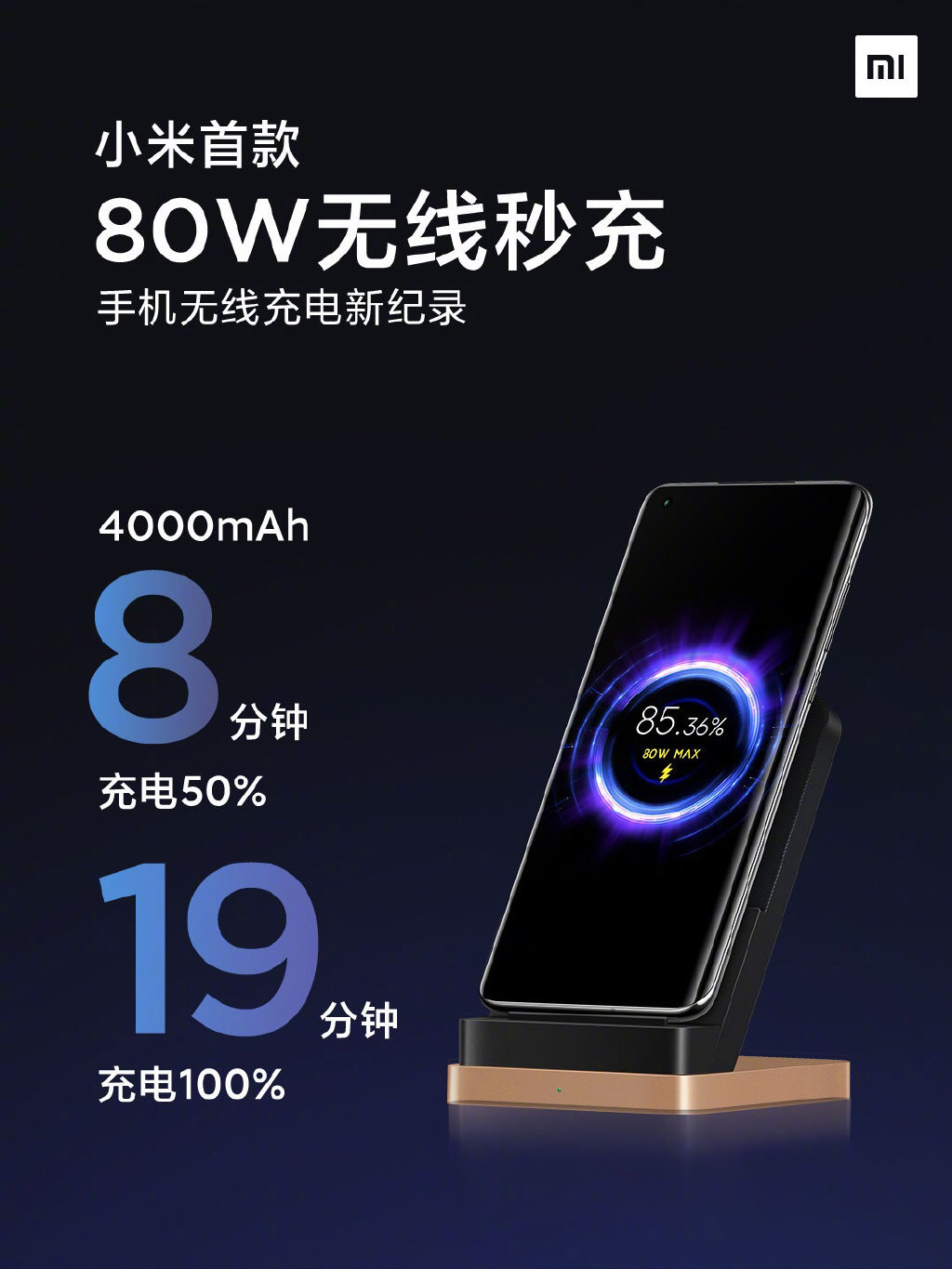 The base of the wireless charging pad uses a high-speed, silent fan to effectively reduce heat generation during charging.

Zeng says that the battery still retains more than 90 percent of its effective capacity after 800 full charges and discharges.

By comparison, Apple's new iPhone 12 series supports up to 15W wireless charging, but to reach that rate, users must use Apple's new MagSafe magnetic charging accessory.

The MagSafe magnetic charger attaches to the back of the new iPhone with an integrated magnet, similar to the Apple Watch charger, and costs 329 RMB in China. It's capable of charging iPhone 12 and iPhone 12 Pro models with 15W of faster power.

However, Qi-based wireless charging accessories don't seem to be able to get that faster charging speed, as the Qi charger's maximum power stays at 7.5 W, the same specs offered by iPhone 11 and older phones.