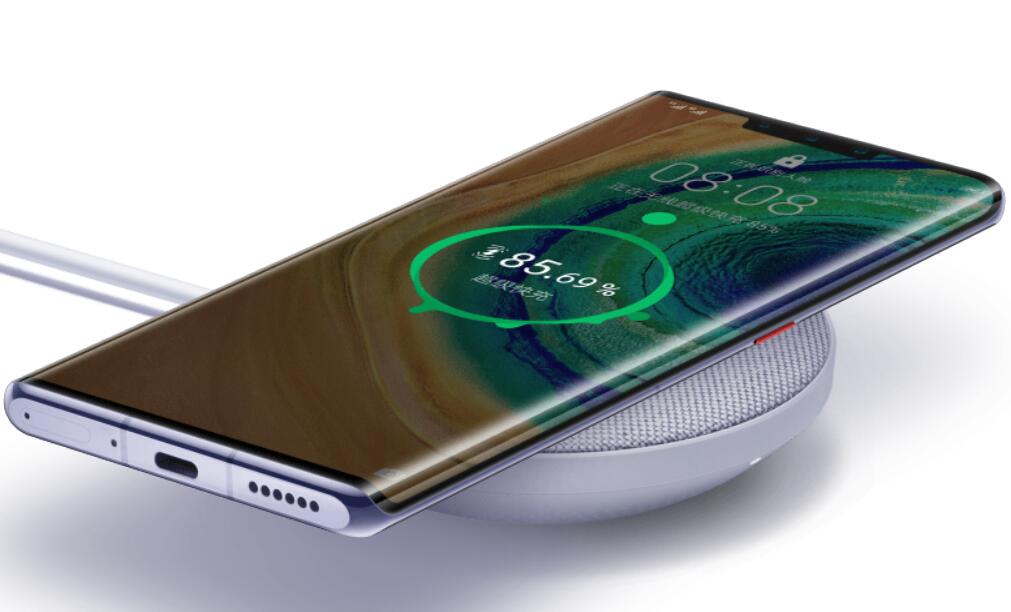 Although Chinese manufacturers started late and generally started supporting wireless charging in the past two years, they have taken the lead in bringing high power of 27W, 30W and even 60W wireless charging, which greatly improves the practicality of this function.

At the same time as joining the WPC Alliance, vivo officially released the APEX 2020 concept machine on February 28.

The whole machine adopts a completely non-porous design. In addition to no physical buttons, the charging interface is completely eliminated. Instead, it is equipped with 60W wireless ultra-fast flash charging, which is the highest wireless charging power on the market.

It can be filled with 2000mAh in just 20 minutes, bringing a faster wireless charging experience than ordinary wired fast charging.

When the wired fast charging of many models on the market is still at the level of more than ten watts, vivo directly pulls the wireless charging power to a height of 60W, which can be described as quite radical.

Xiaomi Mi 9 Pro 5G is the first to be equipped with the 30W super wireless flash charging technology, while the more efficient 40W wireless fast charging is also in the testing stage.

On February 13, 2020, Xiaomi 10 and Xiaomi 10 Pro were officially released. In terms of wireless charging, both models are equipped with 30W wireless fast flash charging and 10W wireless reverse charging.

Shortly after March 2nd, the vice president of Xiaomi Group Chang Cheng broke the news on Xiaobo ’s first 40W wireless flash charging test video on Weibo. The test video used a modified Xiaomi 10 PRO mobile phone with a 40W wireless charger. The battery charge reaches 57%, it reaches 82% in 30 minutes, and it takes only 40 minutes to reach 100%. The charging speed is surprising and faster than most wired charging mobile phones.

Since 2012, OPPO has paid attention to the fact that wireless charging has entered a substantive stage. On the OPPO Finder released that year, a wireless charging kit was released, including a charging base and a protective cover.

In early 2020, OnePlus officially joined the WPC Wireless Charging Alliance. OnePlus' name can be seen in the WPC membership list, indicating that the company has joined the association and is expected to launch Qi wireless charging-compatible devices soon.

Looking back last year, when OPPO was included in the membership list, OnePlus was not mentioned directly in the list.

Given that the two companies always share some functional and technical resources, it is speculated that OnePlus may soon bring wireless charging support to its upcoming new smartphone.

This unprecedented series is equipped with wireless charging function, supporting 27W wireless super-fast charging + new generation reverse wireless charging, and the official emphasizes that 27W is the power directly charged into the phone.

The new device is equipped with a graphene film cooling system, which enables excellent heat dissipation performance under 5G conditions, which will help increase the wireless charging speed.

As the first product released by Meizu in 2019, Meizu zero focuses on Meizu's exploration and understanding of future mobile phones. It is the world's first truly wireless wireless smartphone.

Bound by data lines, it is not the future of mobile smart terminals. Meizu zero uses the 18W wireless super-fast charging technology independently developed by Meizu Technology to bring the surging energy of river dams.

Precise and intelligent internal chip, high-efficiency step-down brings more convenient temperature control; with exclusive charging base, there is no wire trouble, and Meizu zero is inadvertently charged with full and full power.

This means that Samsung has passed its own private protocol testing process to WPC and included it in the Qi certification system, which means that third-party manufacturers can apply for support of Samsung's private agreement when applying for Qi certification for wireless charging accessories.

As can be seen from the above, the main representatives of mobile high-power wireless fast charging are Chinese manufacturers such as Xiaomi, Huawei, OPPO, vivo, OnePlus, Meizu, etc. They have played an important role in popularizing this technology.

Although we have always believed that wireless charging and wired charging are not a competitive replacement relationship, the two complement each other to provide a more convenient and faster charging experience.

The future is wireless, and of course this day may be long.