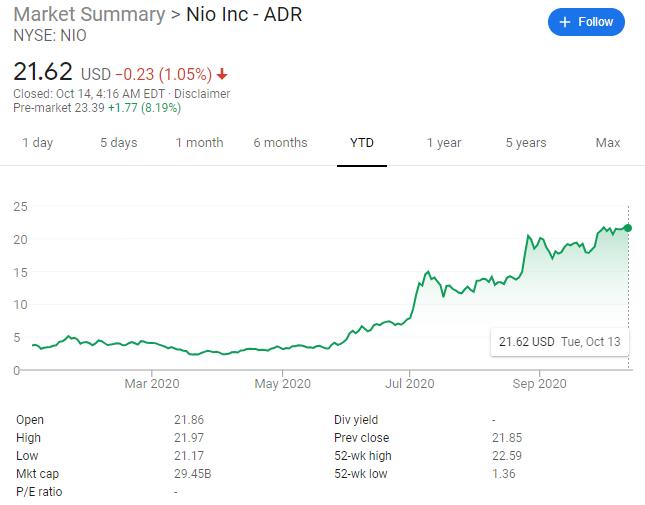 The Wall Street bank raised their price target on NIO sharply to $40 in a report released on Wednesday. NIO shares closed at $21.62 on Tuesday, and JP Morgan's price target means NIO has 85% upside potential.

From personalizing production according to user preferences, to driving technological upgrades in the industrial chain according to user needs, to having large events voted on by users, Chinese electric vehicle (EV) maker NIO (NYSE: NIO) has gained a unique set of business logic by being user-oriented, Chinese state-owned media Xinhua said in an October 12 article.