NIO to redeem 8.6% stake in NIO China from investors, shares up 3% pre-market

NIO has agreed to redeem 8.6 percent equity interests in NIO (Anhui) Holding Co., Ltd., the legal entity of NIO China, according to an SEC filing.

In April 2020, NIO entered into definitive agreements with a group of investors in Hefei in connection with the strategic investments into NIO China.

Under these definitive agreements, before NIO Anhui is converted into a company limited by shares for the purpose of its qualified IPO, NIO and its designated parties have the right to redeem 50% of the equity interests in NIO Anhui held by the Jianheng New Energy Fund, one of the Hefei Strategic Investors.

The total consideration of the redemption will be RMB511.5 million, consisting of the actual capital increase payment Jianheng New Energy Fund has made plus prorated interest accrued at an interest rate of 10 percent per annum, the document showed.

These shares were offered at $17 and raised more than $1.7 billion in total financing, making it the largest issuance in China's high-end smart electric vehicle industry.

The amount raised by NIO will primarily be used to increase its shareholding in NIO China, exercise NIO China's share repurchase rights, research and development of automated driving technology, and global market expansion, the company said at that time.

NIO shares went up by more than 3 percent in pre-market trading on Friday. 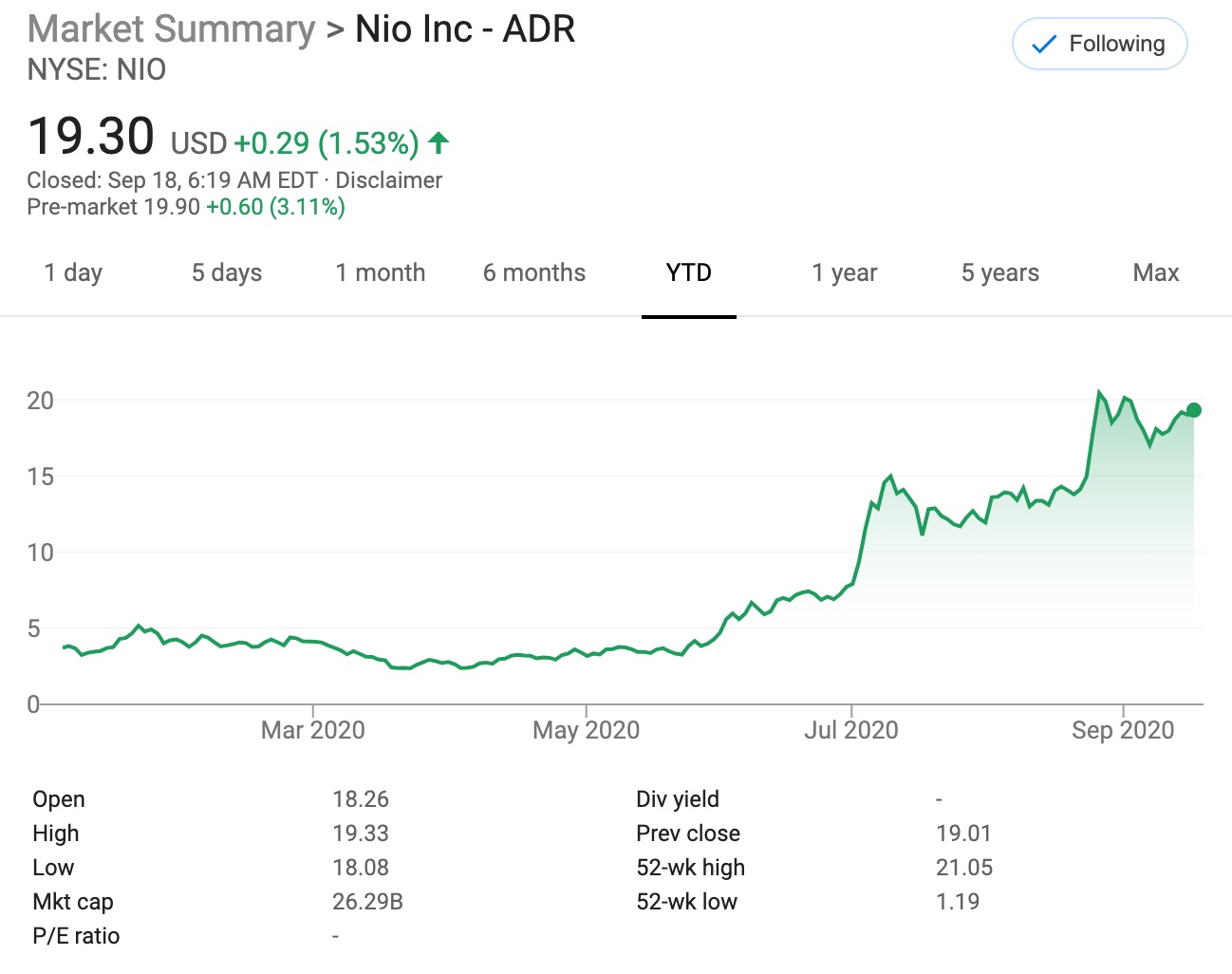