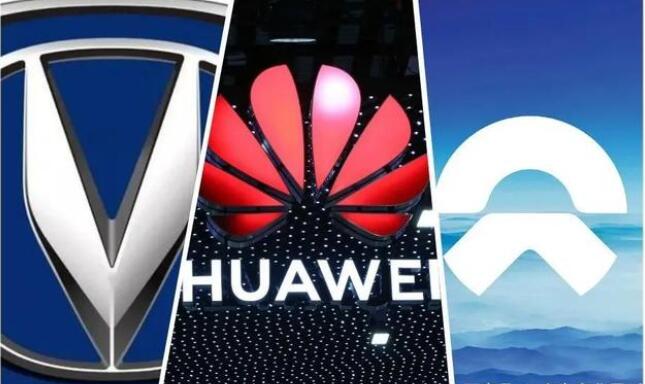 Huawei is interested in taking a stake in Chinese new energy vehicle company Changan NIO, WeChat account HD-Auto said on Friday, citing sources with knowledge of the matter, adding that if this becomes a reality, Huawei may not necessarily fund it directly, but may invest through its funds.

Changan NIO was established in August 2018 by Changan Automobile and NIO, with Changan and NIO each holding a 50 percent stake. However, NIO has largely exited due to various reasons.

HD-Auto reported that taking a stake in auto manufacturing is not the same as making cars directly and that strategic synergies and deeper cooperation should be more important considerations.

The report also says that it's not impossible for Huawei to explore a new business model for the partnership.

Huawei said it had "not heard" about the investment, while Changan Automobile did not respond, the report said.

Huawei's entry into the auto industry began with the release of the ME909T in-vehicle module at the end of 2013. At that time, Huawei also promised to invest hundreds of millions of yuan a year in R&D related to connected cars.

With the deepening of changes in the automotive smart network connection field, Huawei will not be satisfied with being a provider of connected car modules.

At the Shanghai Auto Show in April 2019, first-time exhibitor Huawei attracted a lot of attention, and then Huawei rotating chairman Xu Zhijun gave Huawei's new position in the automotive field - a supplier of incremental components for smart connected cars.

Today, car companies are beginning to realize the importance of software and are focusing on software-defined cars, and Huawei's automotive business field has expanded to the operating system and electronic and electrical architecture level.

Wang Jun has revealed that Huawei has a 10,000-strong team in Wuhan working on photonics, in which it has set up a LIDAR research team to dabble in the hardware of smart cars.

"If Huawei really wants to take a stake in Changan NIO, it's not necessarily the company's intention," an auto industry investor told HD-Auto, adding that the impetus should come from Chang'an.

Changan NIO is not what it was when it was founded. When Changan NIO was founded, Changan and NIO each held 50 percent of the shares, but due to a variety of reasons, including financial difficulties and the high cost of products in NIO's supply chain, NIO gradually withdrew.

In June this year, NIO founder William Li Bin stepped down as chairman of Changan NIO, the position was taken over by Chang'an's executive vice president.