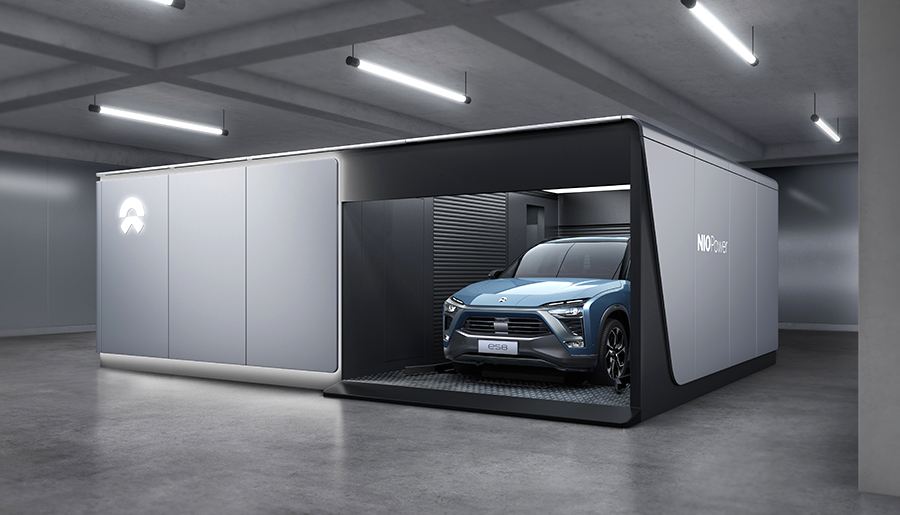 Recently, 20 Chinese companies and organizations signed the Joint Declaration on Building an Eco-circle for the "Body-to-Battery Separation" Model of New Energy Vehicles, marking the official establishment of the body battery separation eco-circle.

However, due to huge losses, Tesla eventually withdrew from the battery swap market.

In addition to Tesla, most other overseas battery swap models also failed.

Since this year, under the promotion of a series of favorable policies, the once questionable battery swap model is once again in the spotlight.

In April, four ministries and commissions, including the Ministry of Finance, jointly issued a notice, clearly stating that "vigorously develop the battery swap model" and subsidize battery swap vehicles priced above 300,000 RMB.

In May, the work report of the Chinese government for the first time will charge the battery swap into the "new infrastructure" category, and will "build charging piles" to "increase the number of charging piles, battery swap station, and other facilities".

At the same time, domestic new energy car makers such as BAIC New Energy and NIO, and battery makers such as CATL, have been quietly setting up in the battery swap field.

In July, BAIC and State Grid Electric Vehicle Service Co., Ltd. signed a strategic cooperation framework agreement, the two sides will work together to build and operate a battery swap network, planning to build 100 battery swap stations by the end of June 2021 to serve no less than 10,000 battery swap vehicles nationwide.

Softbank Energy, a subsidiary of Softbank, and Aulton New Energy entered into a strategic investment partnership to cooperate on the battery swap model and battery recycling.

Behind the policy push and the layout of enterprises, there are difficulties that the battery swap model is solving.

Most spontaneous combustion occurs while charging, and the battery swap model avoids the most dangerous part for car owners, he said.

Car companies can launch multiple sales programs based on the battery swap to boost sales, and monitor the battery to reduce recalls and other problems caused by battery failure.

From the battery factory's perspective, the battery swap model can increase battery usage and facilitate battery laddering and recycling.

According to a report released by China Galaxy Securities analyst Zhou Ran on August 31, the battery swap model is divided into To B (taxi, logistics vehicles, time-sharing, and other operating vehicles) and To C (private passenger car field).

According to Zhou Ran, in the To B market, because taxis, logistics vehicles, timeshares, and other operating vehicles are customized models, brands are relatively concentrated, battery specifications are relatively consistent, the degree of standardization is relatively high, and the requirements for power battery life, maintenance, and operational efficiency are high, the battery swap model is widely used.

To C market is limited by different industry standards and operation profitability, so it is difficult to widely promote the battery swap model, and small-scale systems in some brands are expected to be the first to be implemented.

William Li Bin, the founder of NIO, estimated that if the cost of renting a battery is 10,000 yuan a year, the battery rental market will reach 2 trillion yuan when the number of EVs in the Chinese market reaches 200 million in the future.

Essence's Li Zhe believes that the current battery swap has been promoted by NIO, BAIC, and other enterprises into a policy-level push, the industry is expected to accelerate development.