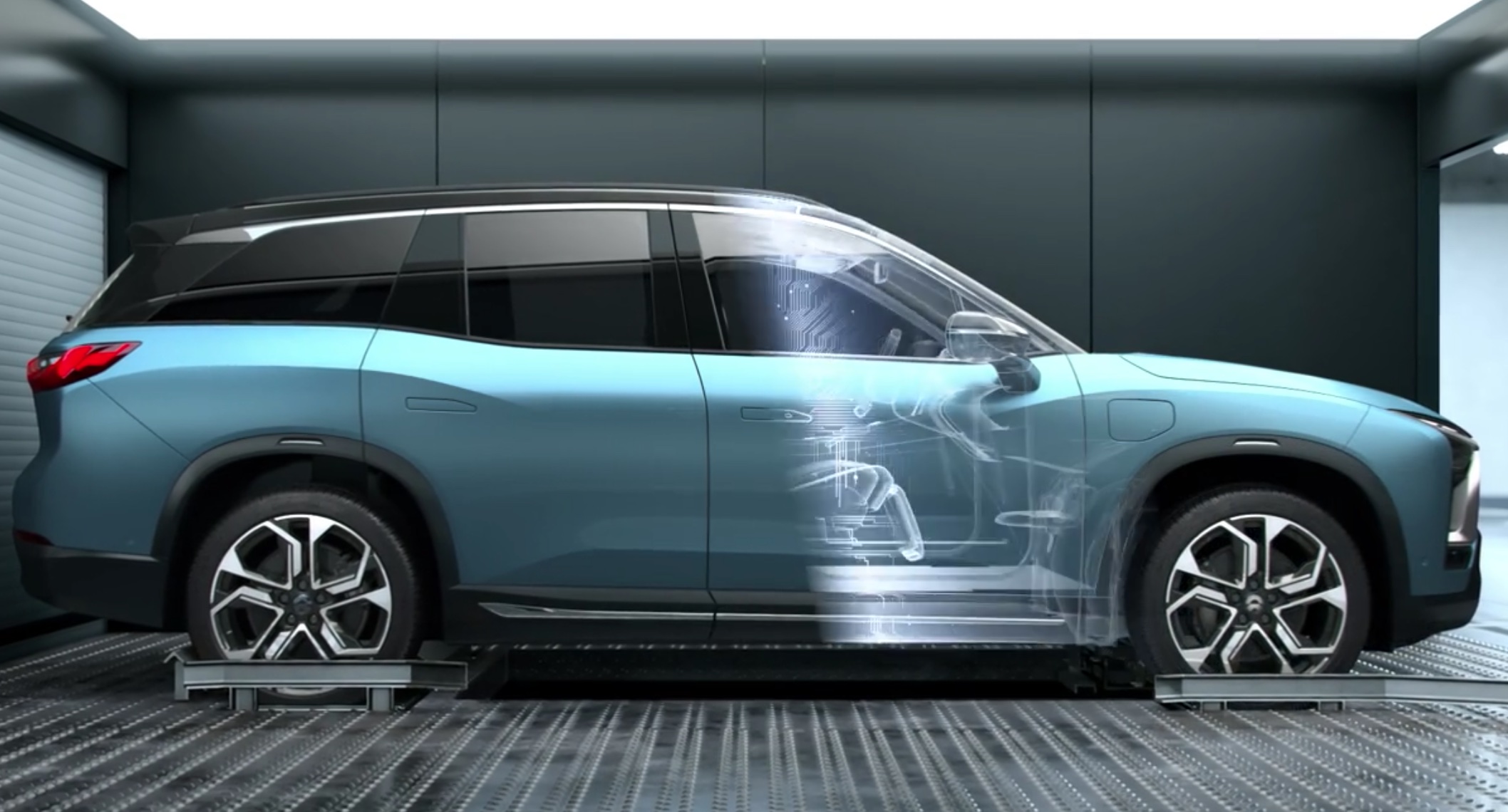 At the 2020 Chengdu Auto Show on July 24, NIO Founder, Chairman, and CEO Li Bin announced the price of NIO's third model, EC6. He also said that deliveries of the car will begin in late September.

This marks an important step in NIO's development. But even more exciting to Li Bin than the start of sales of the NIO EC6 is the upcoming launch of NIO's BaaS (Battery as a Service).

In his view, if a user rents batteries for 10,000 yuan a year, when the number of electric vehicles in the Chinese market reaches 200 million in the future, the size of the battery rental market alone will reach 2 trillion yuan.

At NIO Day late last year, NIO co-founder and president Qin Lihong had said that the NIO Power would make big moves in the first half of this year. Prior to that, there had been news that NIO would spin off the NIO Power business and seek a separate IPO.

"The establishment of a third-party battery asset management company is part of NIO Power's 'big move'." On July 24, Qin Lihong said the spin-off of this business was delayed due to the impact of the Covid-19 outbreak.

The spin-off of the NIO Power and the upcoming formation of a battery asset management company are two key parts of NIO's upcoming BaaS.

Since the launch of its first model, the ES8, at the end of 2017, NIO has maintained a "battery swap" approach.

Under NIO's battery leasing program, owners can own the car with prices reduced by 100,000 yuan if they choose not to own the battery. Instead, they can pay a monthly battery leasing fee of 1,280 yuan for six consecutive years and then own it.

However, it is this business model that Li Bin called NIO's "systemic advantage", but almost pushed NIO, which was already short of funds, into the abyss.

"There are a lot of users who chose this (battery rental) option, but there was a problem that we couldn't hold it up later,"

Li Bin said the discount interests in the "battery rental" program are from NIO's own funds, "so in the first stage it is NIO that takes its own funds to support it."

In fact, the financial problem is not the issue the NIO battery swap model faces, constraints also come from the policy level.

"Due to policy factors, NIO cannot issue two invoices for the car and the battery at that time." Li Bin said, in the past one or two years, NIO and regulators have been discussing the possibility of a battery swap model, and the key point is "car and battery can be sold separately".

In April this year, China issued a new regulation, which clearly exempts "battery swap model" vehicles from the "300,000 RMB price threshold for getting subsidies" set by the policy.

This means that NIO's "battery swap model" has been recognized by Chinese regulators.

"There are three costs associated with battery swap: battery swap stations, electricity bills, and operations (labor, field rent)." Li Bin said this needs to be done sustainably, of which who will be responsible for the capital used for batteries is a big question, "so a battery asset company will be established."

Previously, there were reports saying Nio is planning to set up a battery asset management company to push for the separation of the car from the battery and launch a BaaS (Battery as a Service) offering on top of that.

NIO will also bring in investment from large energy funds for the new company, which will be established in August and is currently seeking financing, the reports said, adding that Contemporary Amperex Technology (CATL), China's largest automotive lithium-ion battery maker has already made clear its intention to invest.

In response to this, Li Bin said that both sides are listed companies, the relevant news subject to the announcement, but "the (battery asset management) company will definitely be established in August."