As China faces a growing bottleneck of integrated circuit talent, a new move is expected to ease it significantly in the future.

The move comes as China is facing a growing gap of integrated circuit talent.

Against this backdrop, over the past years, there have been frequent voices for the establishment of a first-level discipline related to integrated circuits in China, but it has been unable to take shape due to various ongoing controversies.

On October 8, 2019, the Ministry of Industry and Information Technology (MIIT) said it would "promote the establishment of a first-level discipline in integrated circuits and further strengthen the demonstration microelectronics institute."

Previously, Fudan University announced in November 2019 that the university will take the lead in 2020 to carry out "integrated circuit science and engineering" doctoral degree authorization of the first level of academic disciplines in 2020 pilot construction and start doctoral student enrollment.

Discipline categories and first-level disciplines are the basic basis for degree authorization and discipline management, as well as for degree-granting units to confer degrees and cultivate talents in China.

Among them, the first-level disciplines are collections of disciplines with a common theoretical foundation or relatively consistent research fields, which are adjusted every 10 years.

The Securities Times quoted Huang Letian, an associate professor at the University of Electronic Science and Technology, as saying that previously integrated circuits were scattered among various disciplines, so their fundings were actually not distributed directly, and in many cases, those fundings were not available at all. 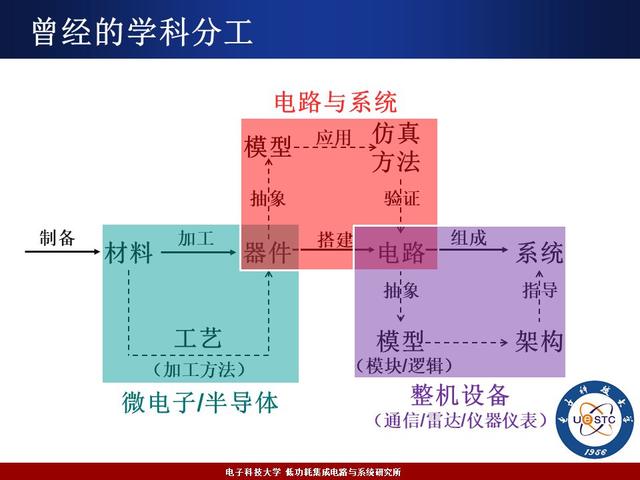 "Particularly for some schools that are weak in integrated circuits, so the corresponding faculty construction will also be limited," said Huang.