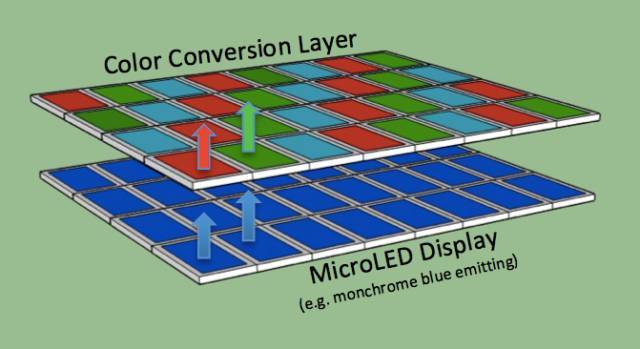 CSOT is a subsidiary of TCL Technology Group Corporation with a registered capital of RMB 23.888 billion.

The joint lab will develop the technology related to its own materials, process, equipment and production line solutions formed in the process of end-to-end technology of Micro-LED display, including but not limited to: Micro-LED chip, transfer, bonding, colorization, detection, repair, drive, compensation, modules and other technologies.

The research, development, manufacturing and all intellectual property rights arising from the implementation of the joint technology development under the agreement belong to the joint labs.

Sanan Optoelectronics said that the cooperation between Sanan Semiconductor and CSOT is in line with the company's development strategy, which will accelerate the market application of new products and help further enhance the company's technology level and competitiveness in this field.

It refers to a chip on the integration of high-density tiny size of the LED array, such as LED display each pixel can be addressed, individual drive light, can be seen as a miniature version of the outdoor LED display, the pixel distance from the millimeter level down to the micron level. 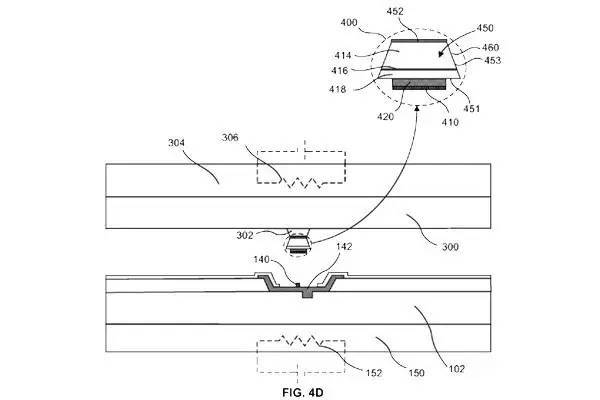 The advantages of Micro-LED are obvious: it inherits the high efficiency, high brightness, high reliability and fast response time of inorganic LEDs, and has the characteristic of self-illumination without backlighting.

In addition, Micro-LED there is a major feature is the high resolution.

It is said that if the Apple iPhone 6S adopts micro LEDs, the resolution will be extremely high. LED, the resolution can easily reach more than 1500ppi, which is higher than the original Retina display's 400ppi. 3.75 times

Compared with OLED, its color is easier to adjust accurately, has a longer luminous life and higher brightness, as well as better material stability, long life, no image mark, etc. Therefore, it is another thin and light display technology with power-saving advantages after OLED.

Therefore, it is OLED after another with thin and light and power-saving advantages of display technology, the commonality with OLED is also required to TFT backplane drive, so the TFT technology level for IGZO, LTPS, Oxide.

Cost and the disadvantage of large area applications. Relying on monocrystalline silicon substrate to do drive circuitry, and from the point of view of the patent previously published by Apple, with a transfer from the sapphire substrate LED The step to the silicon substrate means that making a screen requires at least two substrates and separate processes from each other.

This can lead to increased costs, especially for large area applications, where yield and cost can be a huge challenge.

Of course, from a technical standpoint LuxVue's ability to convert drive circuit substrates to quartz or glass to reduce the cost of large-area applications is a major advantage. It is feasible, but it will take time. There is no cost advantage over AMOLED's proven LTPS+OLED solution.

The luminescence efficiency advantage is threatened or even overtaken by PHOLEDs. Phosphorescent OLED (PHOLED) efficiency improvement is evident for all to see. UDC's red and green PHOLED materials are also already on the panels of the Samsung Galaxy S4 and its successors. Starting commercial, panel power consumption has been and high PPI TFT-LCD equal or slight advantage.

Once the lifetime of blue PHOLED material is resolved and commercialized, inorganic LEDs will not be able to take advantage of the efficiency.

Brightness and longevity are threatened by QLEDs.QLED research is hot right now, and from the data provided by QD Vision, Inc. Both efficiency and longevity are very promising, and there are many large companies working on this research. And of course QLED is a strong competitor to OLED.

Speaking of the current state of micro LED development, as the current CEO of Nouvoyance is also the founder of Samsung OLED panel in the P-array pixel Candice Brown-Elliott said, before Apple's acquisition of LuxVue only a few people know and engaged in the field, but now there are a lot of people have begun to discuss the technology.

And two experts in Micro-LED technology also said last year that the level of technology is still difficult to apply to produce a variety of practical screen panels, the near future is unlikely to see the screen technology in the iPhone, iPad or iMac products.

But for smaller displays, Micro-LED is still a viable option for smaller screen applications, like the Apple Watch.

In fact, since LuxVue was Apple income, VerLASE company has seen the announcement of access to breakthrough color conversion technology patents, this technology allows full-color MicroLED array for near-eye displays, after there has been no related reports.

In fact, the core technology of Micro LEDs is the transit of nanoscale LEDs, not the technology itself of making LEDs.

Due to lattice matching, LED micro devices must first be grown out on a sapphire-like substrate by molecular beam epitaxy.

And to make a display, the LED-emitting microdevice must be transferred to a glass substrate.

The technical difficulty of multiple transit for micro devices is particularly high, and the difficulty is even greater when used in the pursuit of high-precision display products.

Through the previous Apple acquisition of Luxvue announced after the acquisition of the patent list to see that most of them are using electrical methods to complete the transit process, so this is the key core technology of Luxvue!

Taiwan neptunium chief executive officer Lee Yun-Li recently also said: "Micro-LED two keys to success: one is the Apple, Samsung these The willingness of the brand factory; two is the chip handling technology, handling millions of ultra-small LED wafers at a time, there are thresholds to overcome. "

Monochrome Micro-LED array through the flip structure of the package and driver IC lamination can be achieved, but RGB array needs to be sub-laminated red, blue, green three color chips, the need to embed hundreds of thousands of LED chips, for LED grain luminous efficiency, wavelength consistency, yield requirements are higher, at the same time the cost of sub-bin expenditure is also a technical bottleneck that hinders mass production.