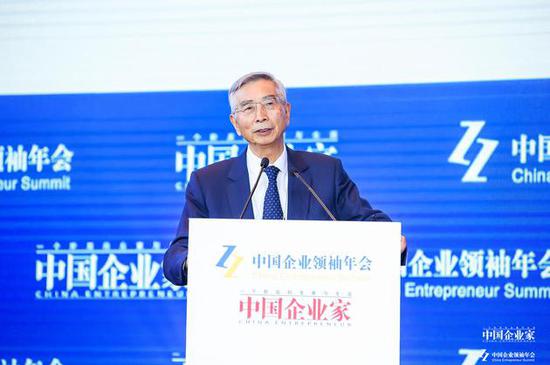 He said, "With the experience of coping with XP out of service, today's outage of Windows 7 will not have a significant impact, and on the contrary, it will strengthen our confidence and accelerate the development of a unified Chinese-made operating system and the development of Chinese manufacturing The actions of core software and hardware, such as CPUs, accelerate our process. "

Hu Weiwu, Chairman of Loongson Technology, introduced the development status of China's CPU and the importance of establishing an independent IT industry system and ecosystem.

He said that the current Loongson 3A4000 / 3B4000 uses Loongson's latest-generation processor core GS464V, a 28nm process, which improves performance by design optimization.

The working time of Loongson 3A4000-based notebooks has more than doubled compared to the previous generation.

He said that the proportion of independent research and development of Union Tech's Unity Operating System (UOS) has continued to increase, and it will use trial evaluation, migration plan, technical preparation, scope piloting, publicity and promotion, as well as check for defects and other methods to replace the operating system.

He said that in the future, the X86 architecture will be replaced with a CPU hardware platform made in China by phasing out.