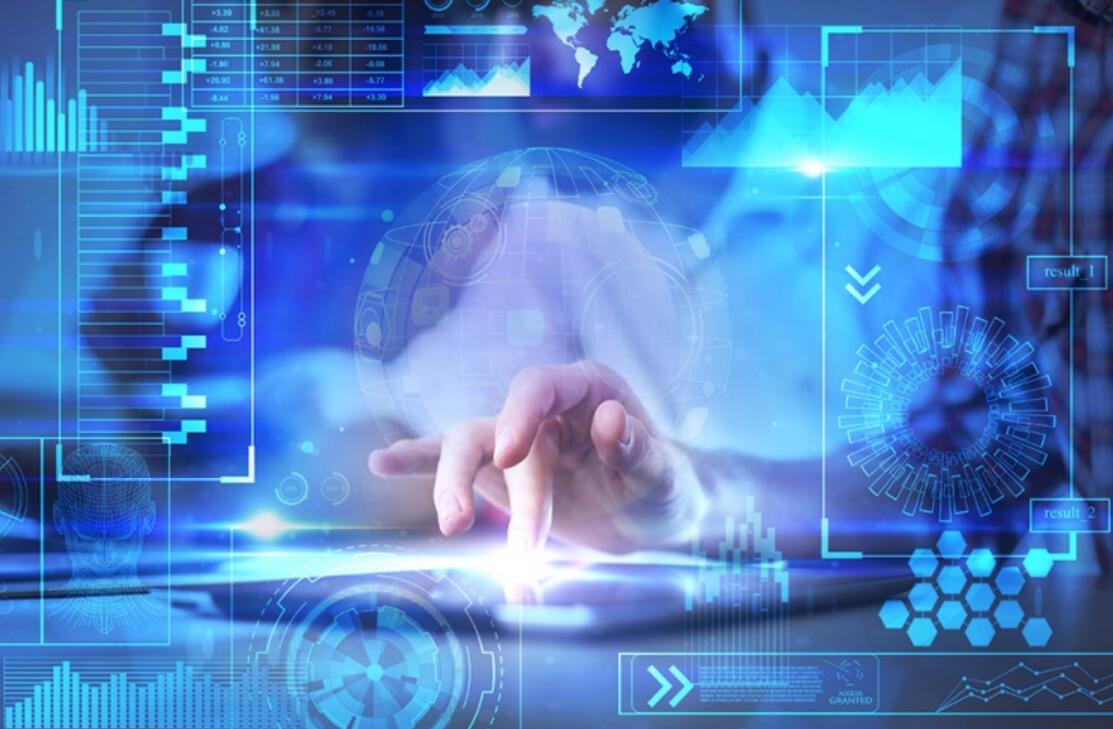 Global cloud infrastructure market revenue in the fourth quarter of 2019 reached $30.2 billion, a year-on-year increase of 37.2%, according to a report by market research agency Canalys.

Unlike the general cloud revenue classification of various companies, Canalys' statistical report only considers pure infrastructure, not including software-generated revenue.

Take Microsoft as an example. In the fourth quarter, Microsoft reported cloud revenue of $12.5 billion, but only $5.3 billion of the data listed by Canalys came from cloud infrastructure (Azure). It ranked second in the world. 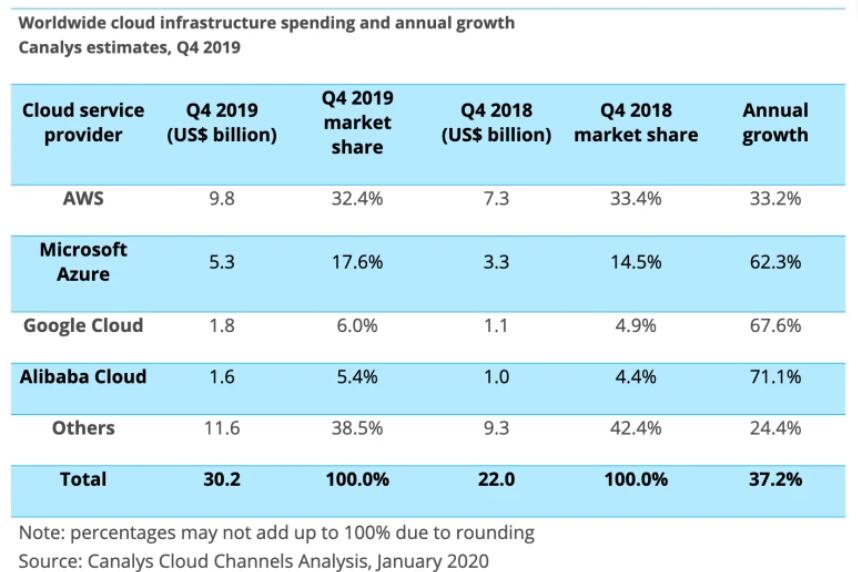 Amazon AWS ranked first, accounting for 32.4% of the market with US $9.8 billion in revenue, and revenue increased 33.2% year-on-year. However, AWS has also become the only vendor with a declining market share in TOP4, compared with 33.4% in the fourth quarter of 2018.

Google Cloud ranked third with $1.8 billion in revenue, with revenue up 67.6% year-on-year. The fourth-ranked Alibaba Cloud revenue was $1.6 billion, a significant increase of 71.1% year-on-year, making it the fastest growing cloud vendor in the list.