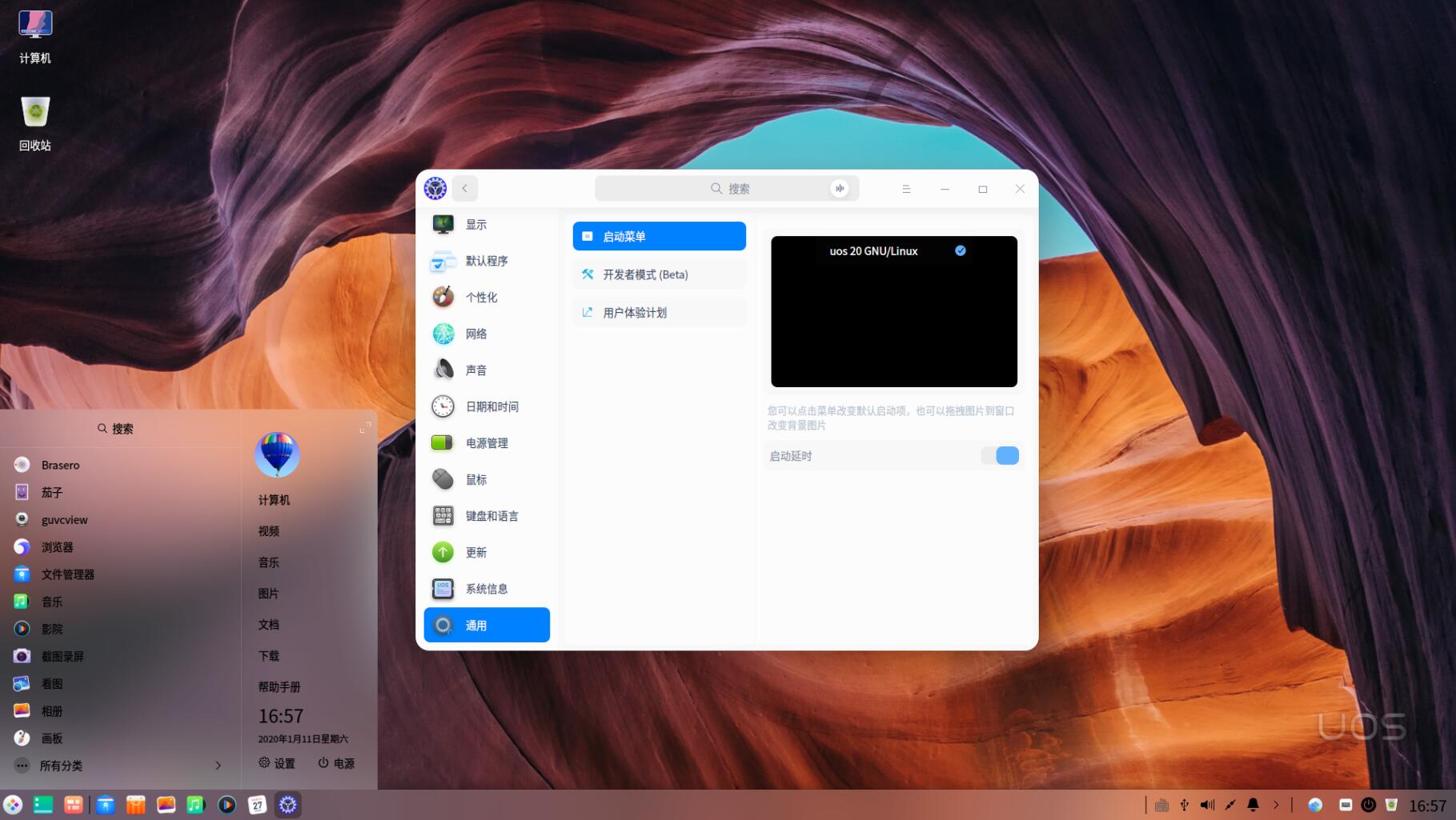 The Unity Operating System (UOS), an operating system developed by China-based Union Tech, released on January 14 the V20 stable versions for desktops and servers, which is also the first official version of the UOS V20 series. In December 2019, Union Tech released first version to the public.

This time it was first launched for partners and developers. The main purpose is to make sure users without technical background can use the operating system more safely and stably in the near future.

The new version of UOS enhances the security attributes of the system from several aspects, such as root permissions, performing sudo operations, installing and running non-signed applications that are not listed in the app store.

If partners need to use the above permissions during the testing and adaptation process, this security-related function can be turned off through "Enter Developer Default" in the Control Center-General-Developer Mode menu.

If you choose online mode, click "Next", please log in to your network account first. Check the developer mode disclaimer carefully. After understanding the precautions, check the consent and enter the developer mode, and click OK. After the system issues the certificate, the button will change to the developer mode.

If you choose offline mode, download the certificate according to the prompt. After the system imports the certificate, you will enter the developer mode.

In the pop-up dialog box, click Restart Now. The developer mode will take effect after restarting the system.

In addition, you cannot exit or withdraw after entering developer mode. All system accounts will have root privileges.

UOS is a Linux kernel-based operating system developed by Union Tech. It is divided into desktop and server versions.