The China National Space Administration on Friday released images taken by the Zhurong Mars rover, including a panoramic view of the landing site and the terrain of Mars, according to CCTV.

The panorama of the landing site was taken by the navigation terrain camera on the rover's mast while the rover was still on the landing platform, and was corrected and mosaicked together in a 360° loop.

The panorama shows flat terrain near the landing site, with the Martian horizon visible in the distance.

The Mars Topography Map is the first image of the terrain taken by the Navigation Topography Camera after the rover has reached the surface of Mars. 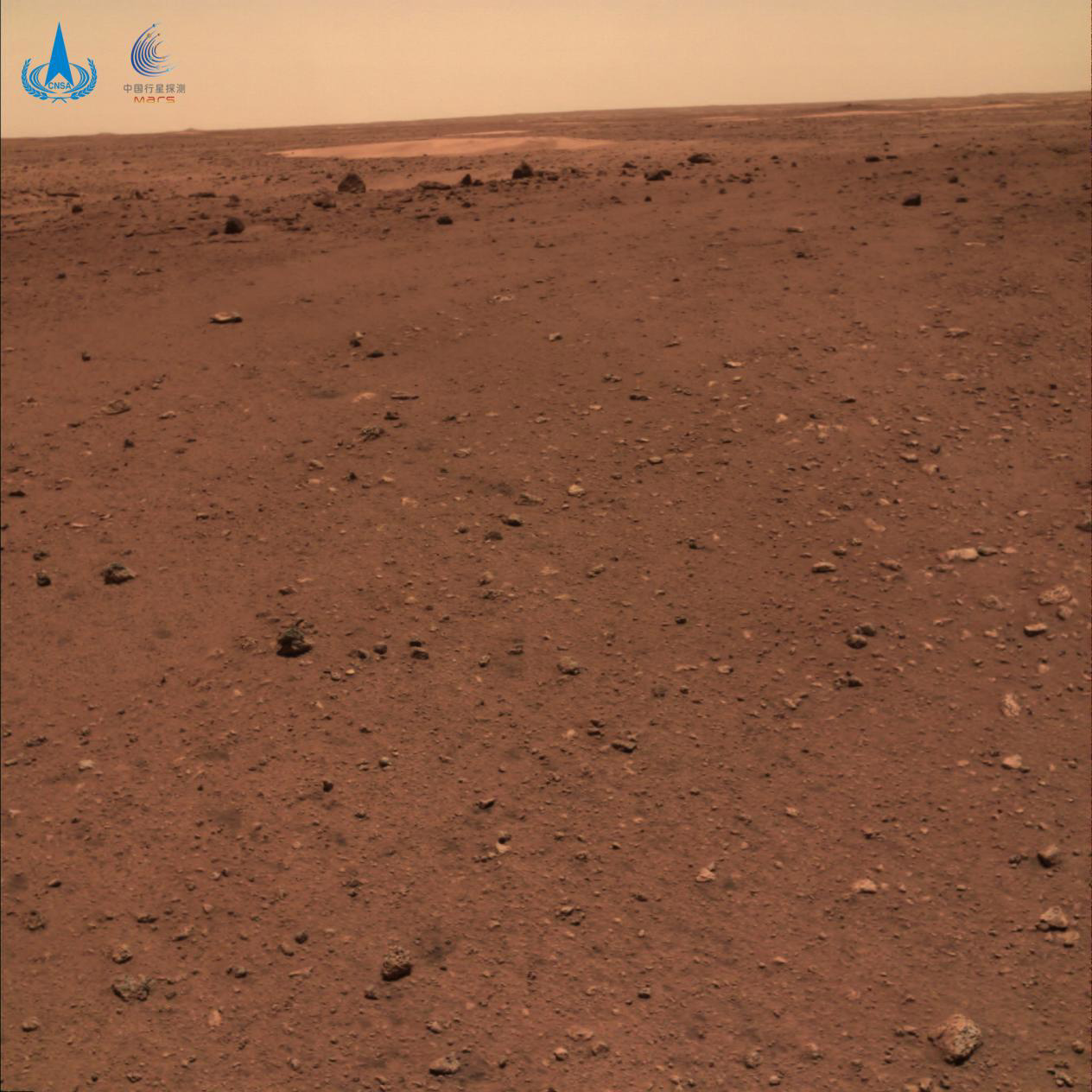 The map shows a flat surface with rocks of different sizes in the near distance. Farther away, there is a ring-shaped crater with darker, more angular rocks around the edge.

The Tianwen 1 Mars rover was successfully launched on July 23, 2020, in the southern Chinese city of Wenchang, Hainan Province.

As of June 11, the orbiter is operating in good condition in the relay orbit, and the rover Zhurong has been working on the surface for 28 Martian days. 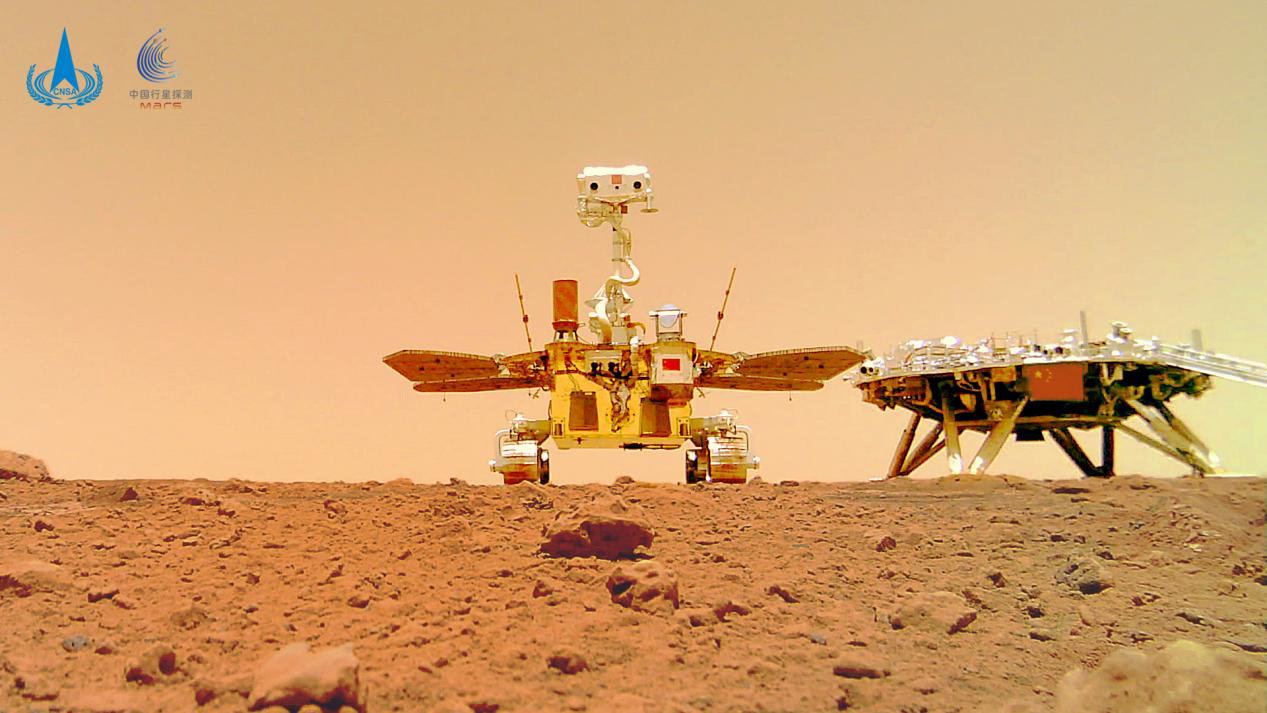