Chinese fintech company Ant Group released OceanBase 3.0 database on June 1, and its 3 million lines of core code have been opened to the open-source community.

At the OceanBase 3.0 Summit, Ant Group made the first presentation on the future development strategy of its self-developed distributed database in three dimensions: technology, business and ecology.

OceanBase 3.0 is equipped with high-performance capabilities in both transaction processing and data analysis tasks and upgraded to an enterprise-class distributed database with HTAP (Hybrid Transactional/Analytical Processing) support.

Compared to past versions, the latest version delivers a 50 percent increase in transaction processing performance and a 10x increase in data analysis performance, according to Ant Group.

OceanBase is a local database developed 100 percent by Ant Group and has been tested for a long time in large-scale business scenarios such as Alibaba Group's "Double Eleven" shopping festival and all of Alipay's core data.

Ant Group registered and took a 100 percent stake in OceanBase with RMB 100 million ($15.7 million) through new investment on June 1 last year, and the OceanBase database was officially operated independently in company mode. 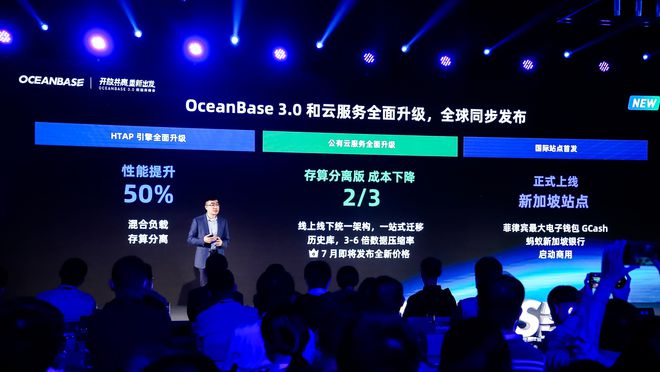