Time magazine has selected the top 100 most influential companies in the world in 2021, and Chinese technology companies including Alibaba, Huawei, and Tencent are on the list.

Alibaba, Tencent, and TSMC are listed as titans, which also include Facebook, Google, Amazon, Microsoft, and Samsung.

Huawei and Chinese shared-ride giant Didi Chuxing made the disruptors list, along with Tesla, SpaceX, and Airbnb. 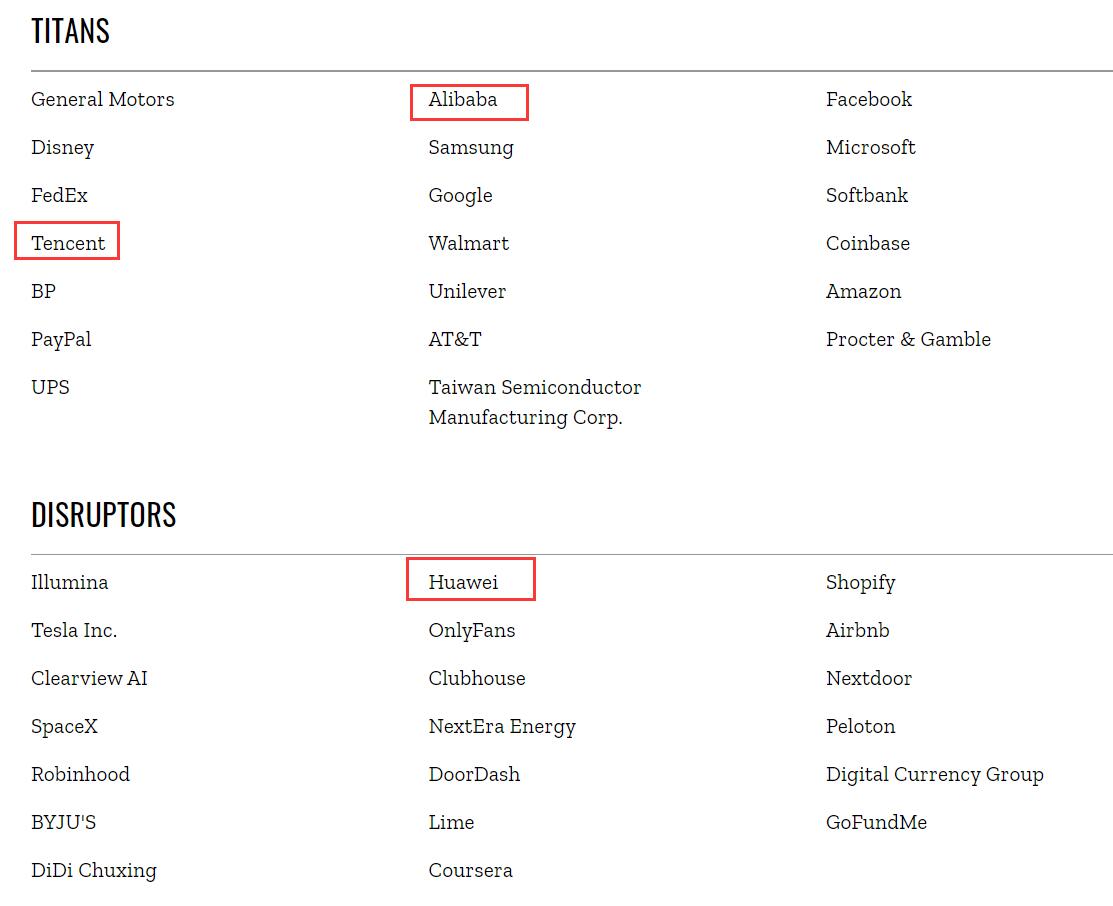