Chinese education provider Gaotu issued its Deloitte-audited 2020 financial report on April 26, saying it proves that the accusations it faced in 16 past short-selling attacks were false.

The company was renamed from GSX Techedu last week and will change its ticker symbol on the New York Stock Exchange from "GSX" to "GOTU." Trading under the new ticker symbol will begin on May 6, 2021.

Together with the previous independent investigation report, it proves that the last 16 attacks by short-selling agencies were unfounded, Shen said, adding that Gaotu is a fully open and transparent company.

Gaotu was shorted by Muddy Waters, Citron and other institutions as many as 16 times in 2020, and the stock price fluctuated significantly several times.

The company's shares rose 15% on Monday. 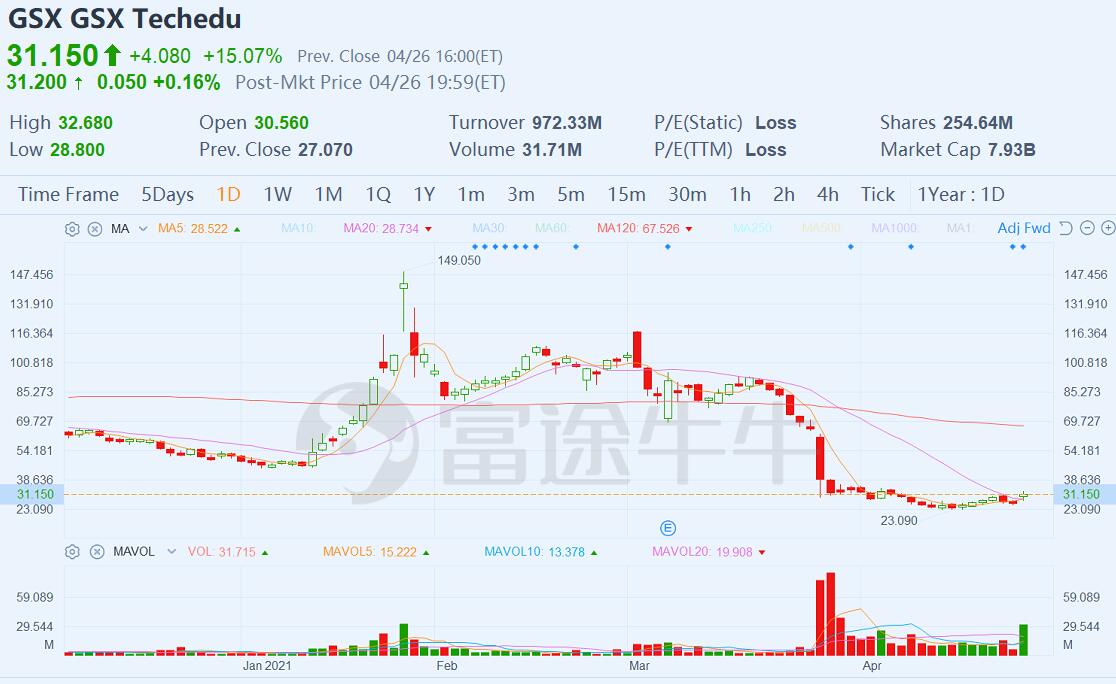