Chinese search engine giant Baidu's high-definition maps will be powered by the BlackBerry QNX Neutrino RTOS (real-time operating system) and will be used in the upcoming GAC Aion vehicles.

Baidu has built the Apollo platform business ecosystem with BlackBerry QNX embedded software as the underlying application, enabling OEMs to develop their next-generation vehicles based on these innovative technologies, a press release sent to cnTechPost by the company said.

The partnership comes on the heels of the first collaboration in 2018 when Baidu's Apollo open platform for autonomous driving used the BlackBerry QNX safety operating system as the underlying application.

Baidu is one of the few high-definition map providers certified by Automotive SPICE Rheinland, supporting car companies in launching next-generation connected and self-driving vehicles in China.

QNX Neutrino is a fully-featured, robust RTOS with a microkernel architecture that provides reliable performance and flexibility to cope with the limited resources of embedded systems.

BlackBerry stock rose 28 percent to close at $18.03 on Monday. The stock rose another 10 percent in the after-hours trading session. 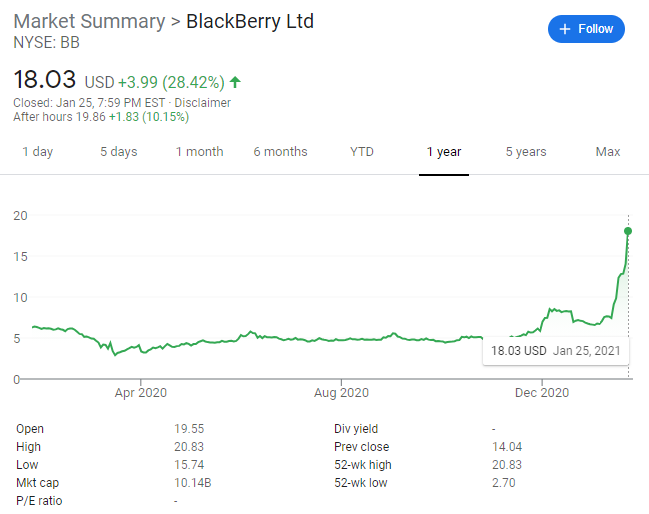