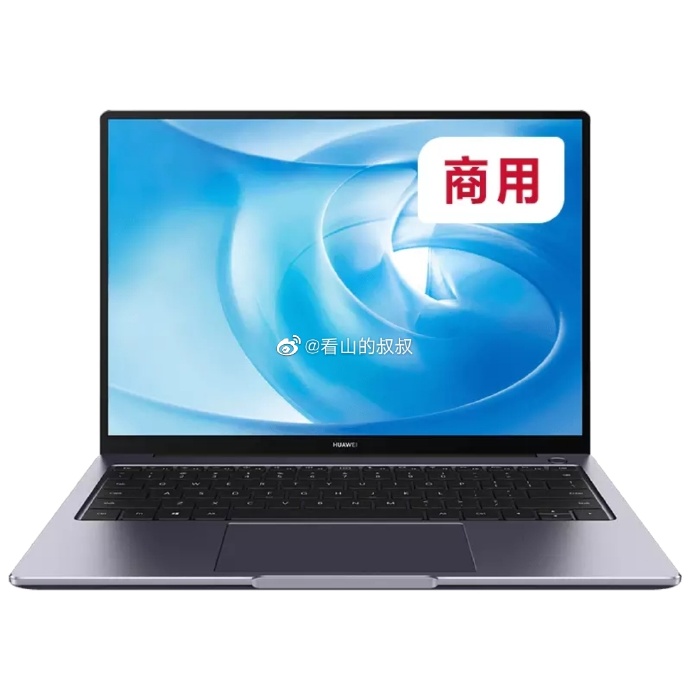 Huawei will launch a business laptop called the Qingyun L410 with Kirin 990 processor and UOS 20 in March next year, according to a well-known Weibo blogger.

Digital blogger @看山的叔叔 said that Huawei's laptop will be based on the already announced MateBook B5-420 business laptop, which is based on the MateBook 14's mold.

He added that the laptop could be shipped in small quantities this month. 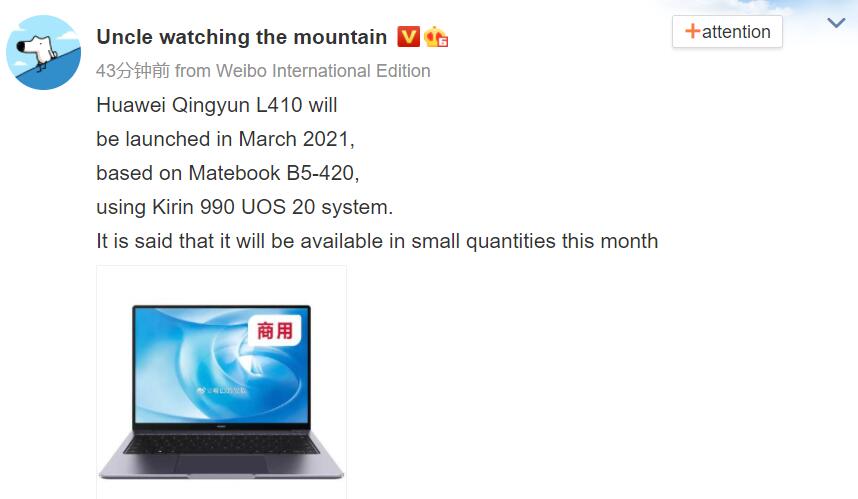 The MateBook B5-420 notebook features a 14-inch 3:2 ratio 2K screen, and consumers can choose between a 10th generation Core i5 or i7 processor and an optional MX 350 graphics card.