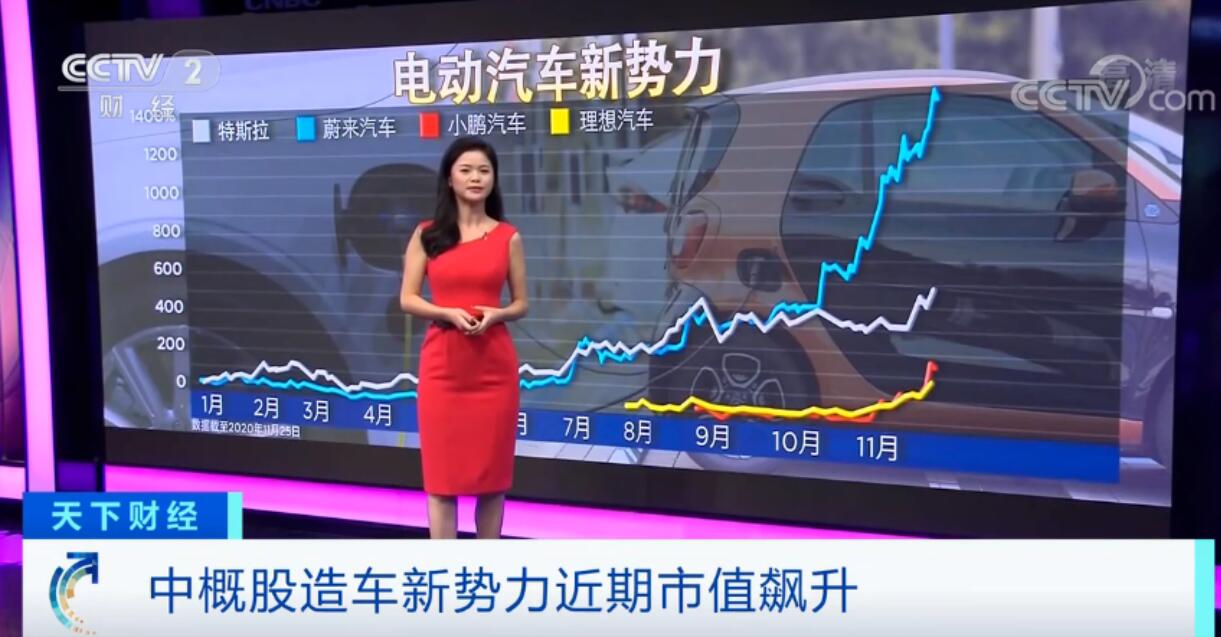 As the predominant state television broadcaster in China, China Central Television (CCTV) generally only focuses on events with significant social impact. NIO's stock price, which has risen more than 1200% this year, seems to be one of them. 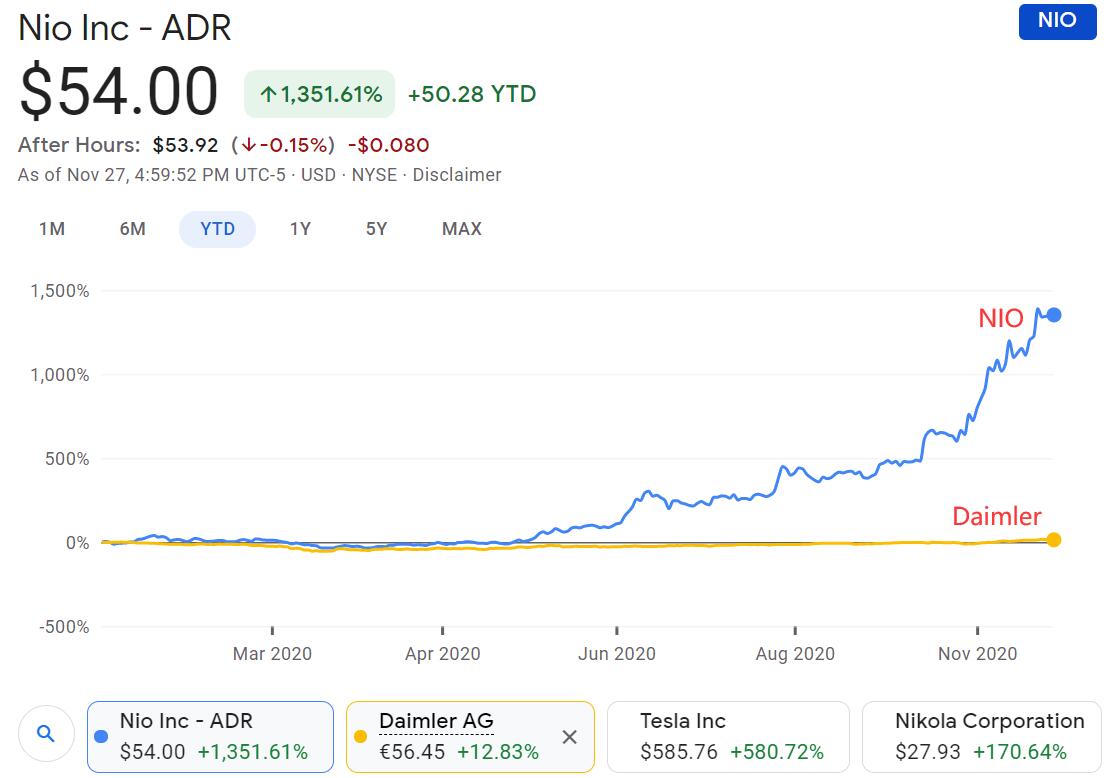 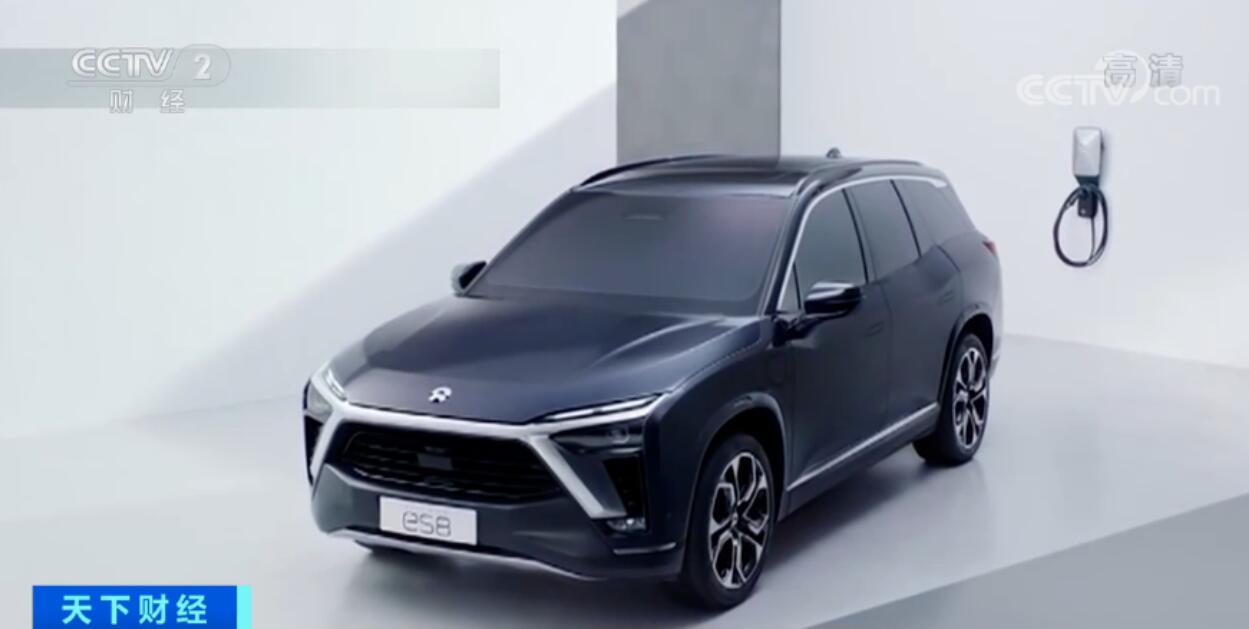 According to the report, one of the main reasons for the rise in these companies' share prices is the capital market's view that the outlook for the electric vehicle market is generally positive, with China's market potential being particularly promising.

Citing Securing America's Future Energy, the report notes that the world's major automakers plan to spend a total of $300 billion on the development and production of electric vehicles over the next five to 10 years, almost half of which will be invested in the Chinese market.

Of the 142 lithium-ion battery super plants under construction, 107 are being built for the Chinese market, compared to only nine for the US market, the report noted. 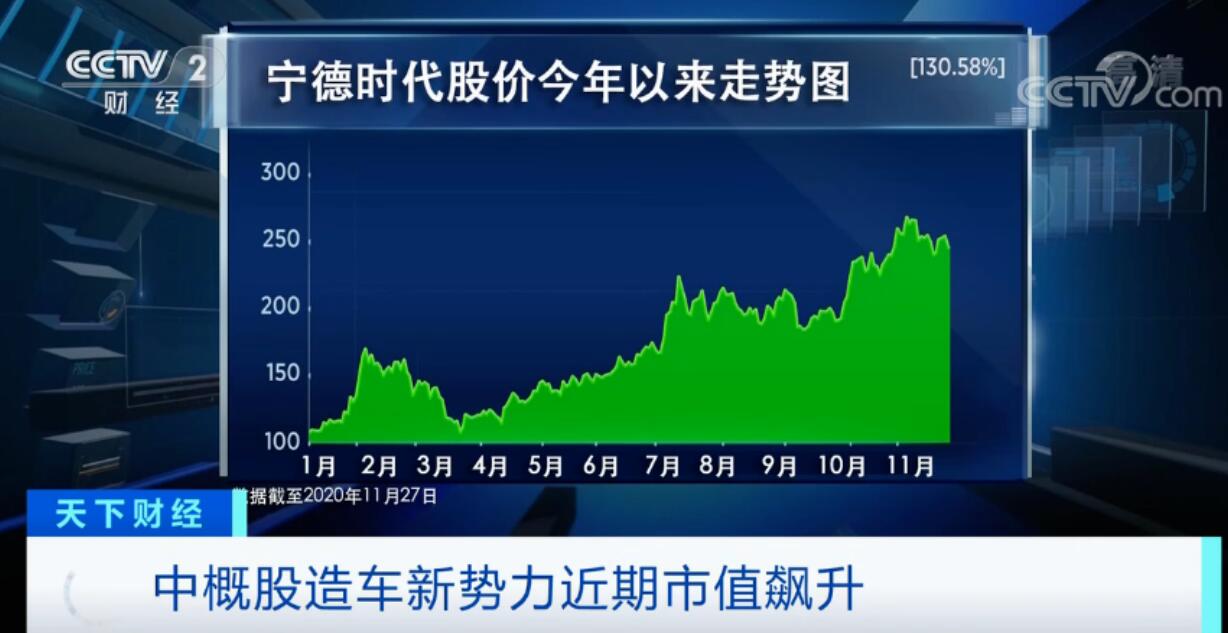 In the next few years, the supply chain will become more and more important to the development of the electric vehicle market, not only in China but also in the rest of the world, the report said, citing Eastspring Investments Asian equity portfolio specialist Jian Huang. "Because we know that many countries are now promoting clean energy and pushing electric vehicles on the road."

The second reason driving up US-listed EV stocks is that they've delivered good results, according to the report. According to the latest earnings report, NIO's third-quarter sales were up 146% year-over-year; XPeng and Li Auto's results were mixed compared to market expectations, but both gave optimistic expectations for the future.

A third important factor that drove the electric car company's stock price up was the performance of Tesla, the industry leader, the report said. 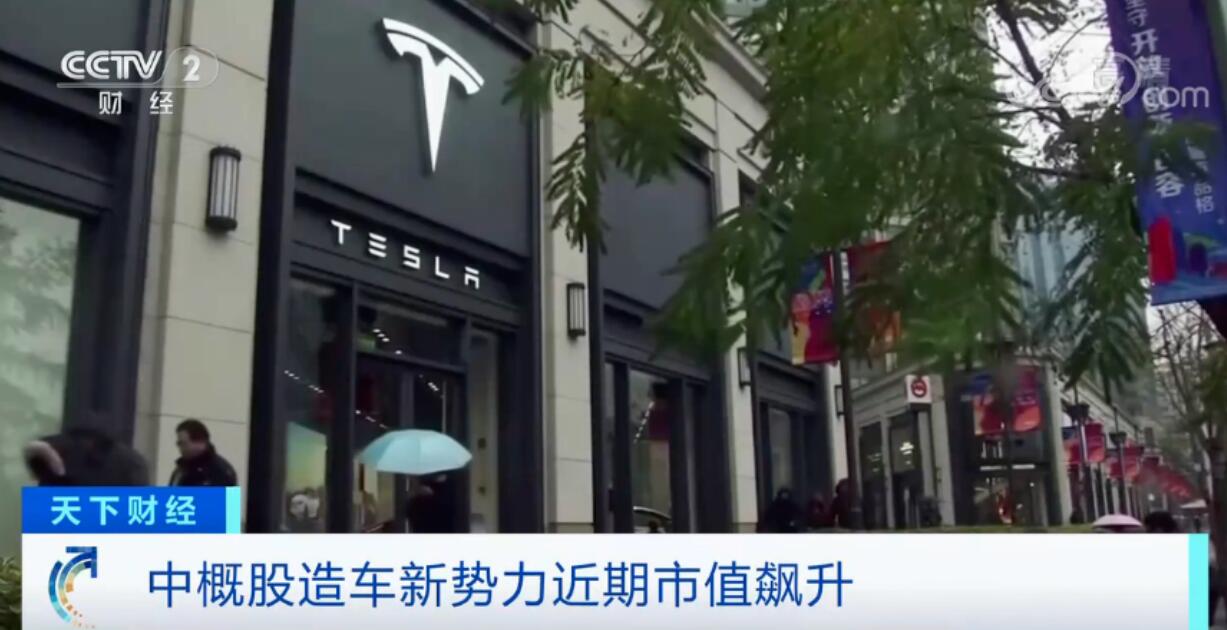 Tesla expects China to account for 40 percent of its global sales by 2022, while traditional car giants, including GM, are expanding their investments in electric vehicles to try to catch up. 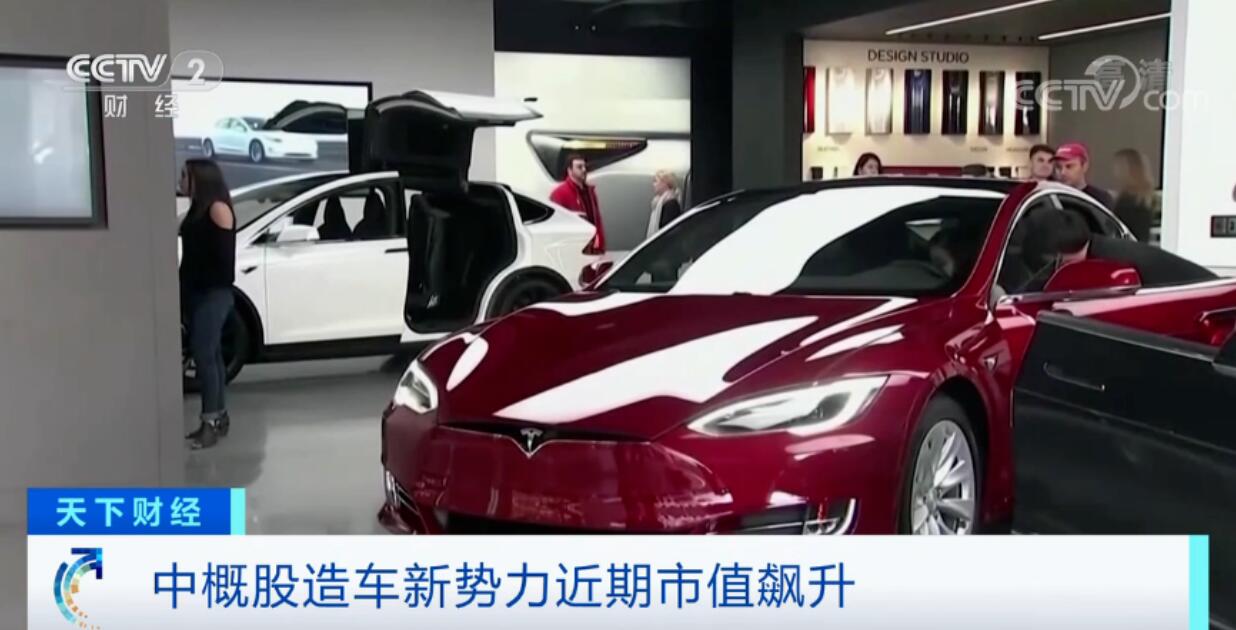 The report also mentions that local Chinese EV newcomers, such as NIO, will have a tough challenge to compete with both forces.

You can see the text and video content of the report here, but it's in Chinese.

This is not the first time that Chinese state-owned media have praised NIO.

In its November 13 issue, the Economic Information Daily, a subsidiary of China's state-owned Xinhua News Agency, devoted a rare two-part article to the same topic, praising the NIO-led battery swap model as the trend of the future.

According to one of the articles, the battery swap model is faster than refueling and does not take up parking spaces for long periods of time compared to standard charging. By separating the value of the body and the battery, the consumer purchase threshold can also be lowered.

The previous failure of foreign enterprises in battery swap was because of the initial one-time investment and technical standards are not perfect, but now the rapid development of China's new energy vehicle technology has brought the cost down significantly so that the economic problem of battery swap model has the possibility of solving, the article said.

Through the continuous iteration of technology, battery swap is not only "fast", but also can create a full-scene energy supply service solution for users, according to the article.

In an October 12 article, Xinhua said that from personalizing production according to user preferences, to driving technological upgrades in the industrial chain according to user needs, to having large events voted on by users, Chinese electric vehicle maker NIO has gained a unique set of business logic by being user-oriented.

Intelligent rotation of robotic arms, automatic connection of production and assembly, and online visual inspection of all stations ...... At the JAC NIO Advanced Manufacturing Base in Hefei, the changes that technology has made to automotive manufacturing are clearly visible, the article noted.

NIO uses numbers as a basis for management and lets the market guide production. The mass customization model allows each car in the factory to be owned from the start. Colors, performance, and specifications vary from vehicle to vehicle on the same assembly line, and the user can follow up on the production status via mobile phone, the article said.