NIO took the second spot in providing the best tech experiences among automakers in China, behind Land Rover and far ahead of Tesla, according to the inaugural J.D. Power China Tech Experience Index (TXI) report released on Thursday.

The study focuses on vehicle owner perceptions of 26 advanced technologies when they are first introduced in the market. The innovation index measures how effectively each automotive brand brings these technologies to market, measured on a 1,000-point scale. 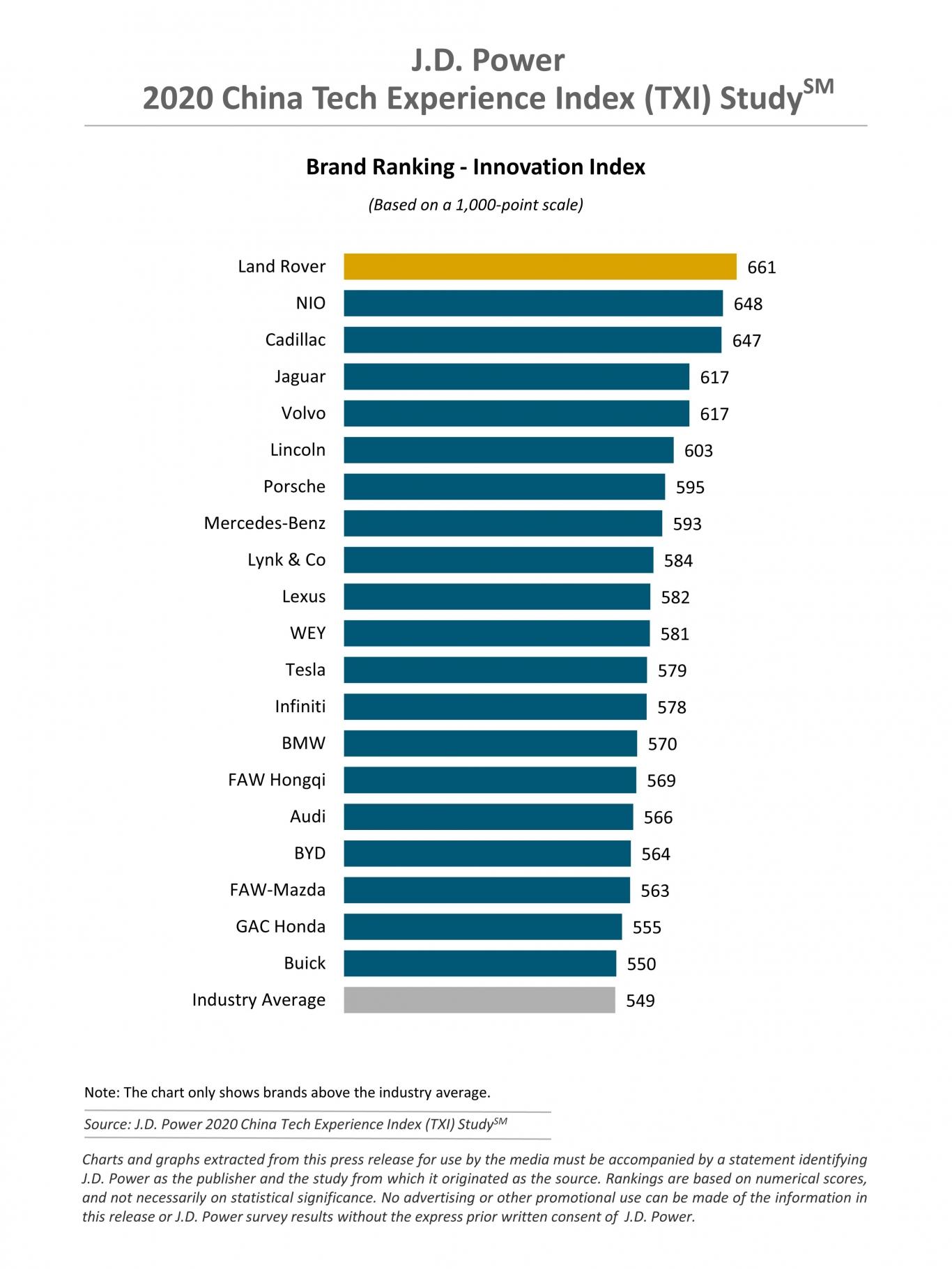 It's worth mentioning that NIO launched its Battery as a Service (BaaS) this year, which allows users to buy NIO cars "without batteries" by simply renting a battery every month, which reduces the cost of purchasing the car.

Because of the launch of BaaS, NIO became the only automotive company on Fortune's 2020 "Change the World" list.

NIO founder William Li Bin has previously said that Tesla is a good company, but not insurmountable. Now it seems that NIO has surpassed Tesla, at least in this ranking of automotive brand innovations.