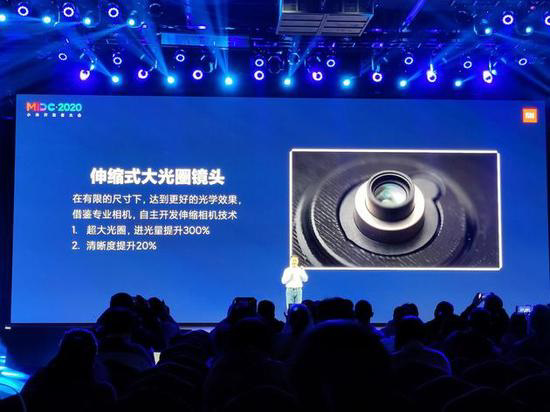 Zeng Xuezhong, Xiaomi's vice president and president of the mobile phone division, said the technology borrows from the design of professional cameras to achieve better optics in a limited size.

The technology has now been miniaturized and can be used in mobile phones. He said it will be available to users in the near future.

He also mentioned that Xiaomi has invested more than 10 billion RMB in R&D this year. At present, there are more than 16,000 patents authorized worldwide (55% in China and 45% outside China), and more than 3,200 patents related to the 5G standard.