On September 26, GAC New Energy unveiled its dual-motor two speed four in one integrated drive unit for the first time at the Beijing auto show, which allows the vehicle to accelerate from 0-100km in less than two seconds.

According to GAC New Energy, the technology has received more than 70 patents, including 29 invention patents. 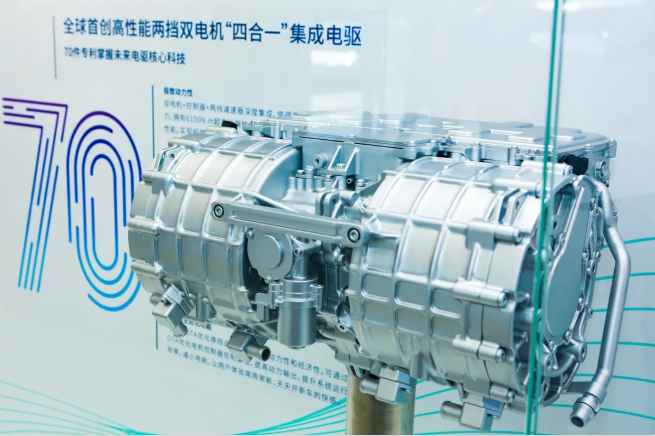 In the development and application of the pure electric powertrain, GAC New Energy is committed to promoting system integration and realizing compact and lightweight product iterations.

From the earliest days when the motor, electronic control, and differential reduction were independent, to the high degree of integration of the three, the world's first high-performance "three-in-one" electric drive has been created, helping Aion LX achieve acceleration of 3.9 seconds per 100 kilometers.

In addition to the release of the two-speed dual-motor "4-in-1" integrated electric drive, GAC New Energy also demonstrated its graphene super-fast charging technology.

According to GAC New Energy, based on graphene's excellent electrical conductivity and special three-dimensional structure, GAC has developed a super fast-charging battery that can charge 80% of the battery in 8 minutes, with a range of 200-300 km in 10 minutes. 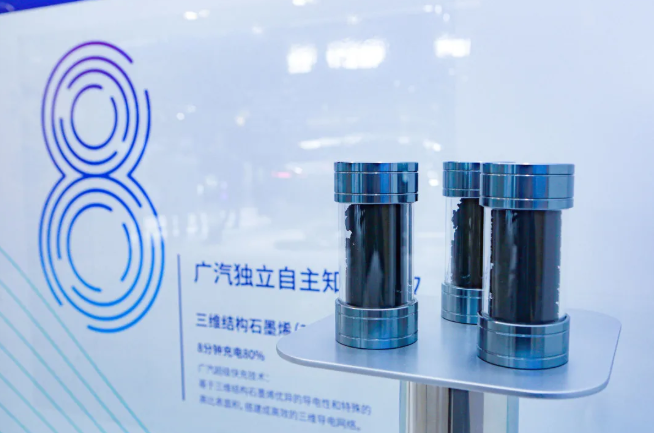 In the future, with the mass production of graphene super fast-charging batteries on the Aion series models.