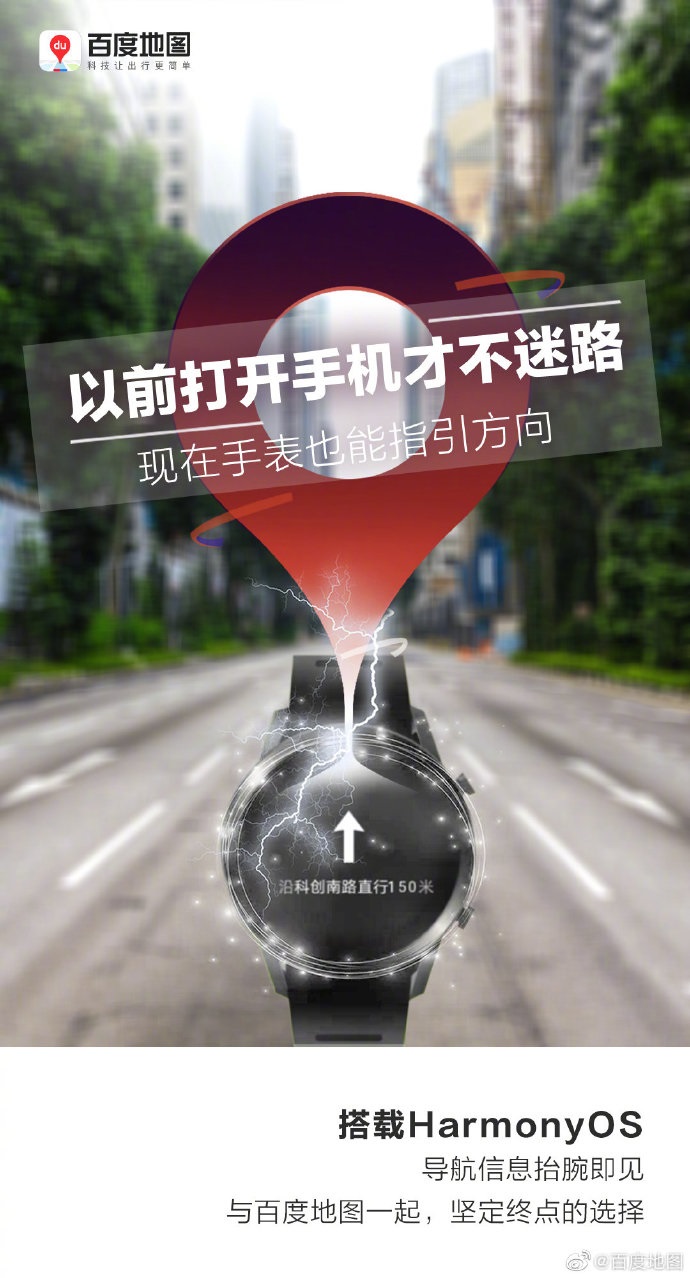 Baidu Maps has provided support for the Huawei HarmonyOS 2.0, allowing navigation information to flow seamlessly from the phone to the watch.

Baidu Maps does not mention which Huawei watches are specifically supported, only that users can lift their wrists to view routes, with cycling and walking modes.

After that, Huawei smart wear and sports health product line president Zhang Wei said the WATCH GT2 Pro released overseas is the first smartwatch equipped with HarmonyOS OS, and will soon be released in the Chinese market.

Digital blogger @ChanganDigitalKun has said that Huawei Watch GT 2 Pro support for third-party apps still requires a connection to the phone. The feature uses the phone's computing power to drive the Watch GT 2Pro's apps to run, with the watch acting only as a display.