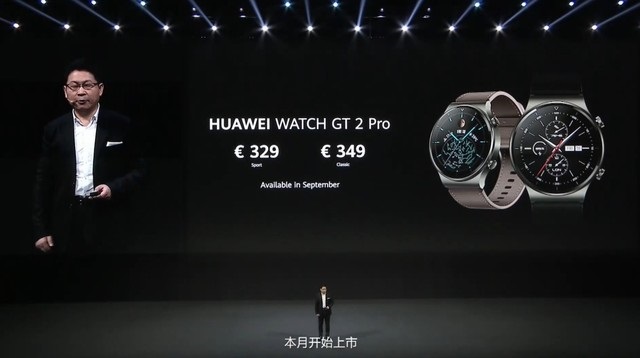 The Watch GT2 Pro, which has just been released overseas, is the first smartwatch powered by HarmonyOS and will soon be released in China, said Wei Zhang, president of Huawei's smart wear and sports health product line.

He said in an interview with Chinese media that the digital health era is approaching, and Huawei launched a "healthy living" modeling tool in September to make better use of the health data on each smart device.

Zhang said that Huawei is a company based on communication, in the health industry, Huawei wants to do the best connection.

He revealed that there are more than 200 million registered users of Huawei Sports Health and Huawei has shipped more than 60 million wearable devices in total, covering more than 170 countries.

At a recent developer conference, Huawei upgraded the HUAWEI Health platform with more clarity and incorporated it into Huawei HMS core 5.0.

Last year, Hi Health 1.0 was upgraded to 2.0, and this year for developers Huawei will provide HUAWEI Health kits, which can facilitate developers to develop more health apps for mobile phones and watches.