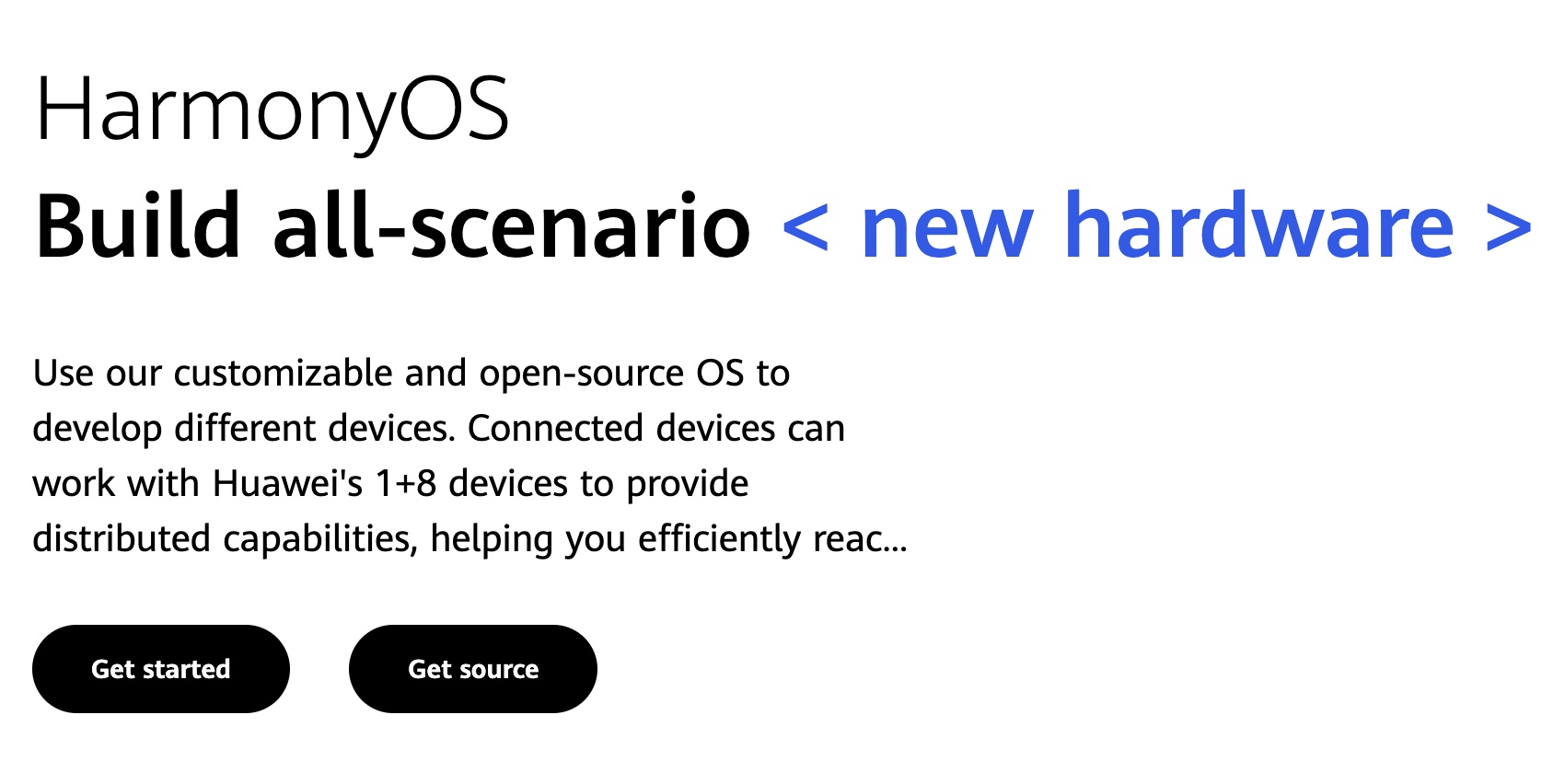 Huawei unveiled HarmonyOS 2.0 at its developer conference, and now the operating system's official website is live, along with source code downloads.

HarmonyOS 2.0 is being released today in Developer Beta for large screens, watches, and cars, with a mobile version to be released in December. Next year, Huawei smartphones will fully support HarmonyOS 2.0.

According to Huawei, HarmonyOS is a "future-proof", distributed operating system for all scenarios (mobile office, sports and health, social communication, media and entertainment, etc.).

For consumers, HarmonyOS integrates their various smart devices into a super virtual device, which implements fast connection, capability collaboration, and resource sharing between different devices. This way, services can be seamlessly transferred to a suitable device that delivers smooth all-scenario experience.

For device developers, HarmonyOS uses a component-based software design to tailor itself to particular device forms based on their respective resource capabilities and service characteristics.