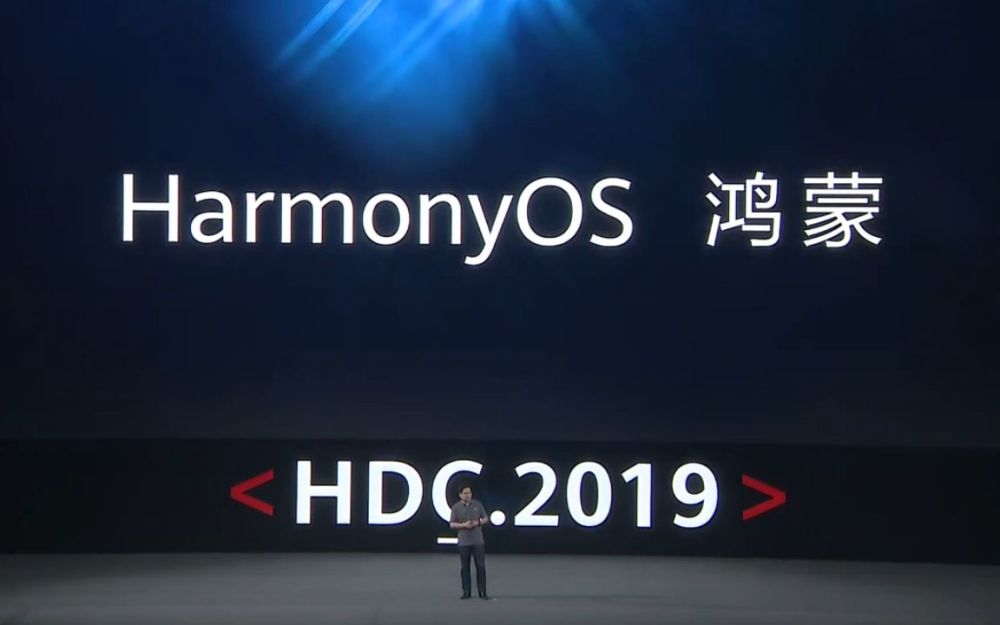 In response to the much-anticipated phones with HarmonyOS, Richard Yu, CEO of Huawei's consumer business, acknowledged its existence in a recent interview and said that it will be launched as soon as next year.

According to Tencent News, Huawei has confirmed that a new version of HarmonyOS will be released at the HDC 2020 developer conference to be held on September 10, and there will be several new HarmonyOS-powered products coming with it.

Huawei to hold developer conference on Sept 10, will give updates on HarmonyOS and EMUI 11

The release of the new HarmonyOS system can be called HarmonyOS 2.0, compared to HarmonyOS 1.0 which is only used in smart screens, it will be used in Huawei's PC, watch/band, and car screens.

In terms of HarmonyOS, Richard Yu revealed that Huawei's smartwatch products will also be equipped with HarmonyOS this year. In the future, all Huawei's IoT products, including PCs, tablets, and even mobile phones, may adopt HarmonyOS.

According to Richard Yu, HarmonyOS will become an operating system that can be used all over the world in the future.

In the face of the continued blockade of Huawei's chip supply by the United States, Richard Yu said Huawei is currently trying to figure out a way.

Prior to this, Richard Yu has made it clear that the Kirin 9000 that will be on the Mate40 this fall could be the last generation of Huawei's high-end chips.

Richard Yu revealed in a previous presentation that the Huawei Mate 40 is powered by Huawei's next-generation Kirin 9000 chip, which will have more powerful 5G capabilities, more powerful AI processing, and a more powerful CPU and GPU.

According to the latest news from the upstream industry chain, in order to maximize the demand to meet Huawei's 5nm orders, TSMC is in 24-hour non-stop production.

Supply chain sources said that in response to the US ban, Huawei had previously increased TSMC's 5nm pitch by a large amount to stock up on Kirin 9000 inventory in advance.

TSMC will ship all the chips to Huawei before September 14, after which it will no longer be able to do business with Huawei.

TSMC chairman Mark Liu previously confirmed that no more shipments to Huawei after September 14, and no new orders from Huawei after May 15.

In order to rapidly develop the HarmonyOS system, Huawei is actively laying out HMS. From Huawei's internal progress, building the HMS ecology is Huawei's top priority.

On February 20 this year, Huawei confirmed to the outside world the establishment of a brand new secondary department responsible for HMS ecological construction.

Called the "Global Ecological Development Department," the new division falls under the Consumer Business Group of Huawei's four major business groups, with a tentative staff of 36 and a president who previously served as president of Huawei's Northeast Europe consumer business, Wang Yanmin, reporting to Richard Yu.

For Huawei, the plan they are implementing this year is to build the HMS ecology in full force, and form a new system of "self-researched chip + HarmonyOS".

Richard Yu previously stated that Huawei's HMS ecosystem is currently ranked among the top three in the world after Android and iOS, and with continued development in the coming years, HMS is expected to become one of the world's top three operating systems.

In the future, Huawei HMS is expected to become the most popular ecosystem for users in the global market, and the AppGallery integrated into the ecosystem is the third largest app store in the world after Google Play and Apple iOS, he said.

In the first quarter of 2020, Huawei HMS's global monthly mobile phone activity grew by 25 percent to 650 million. Its global registered developers grew by 115% to 1.4 million.