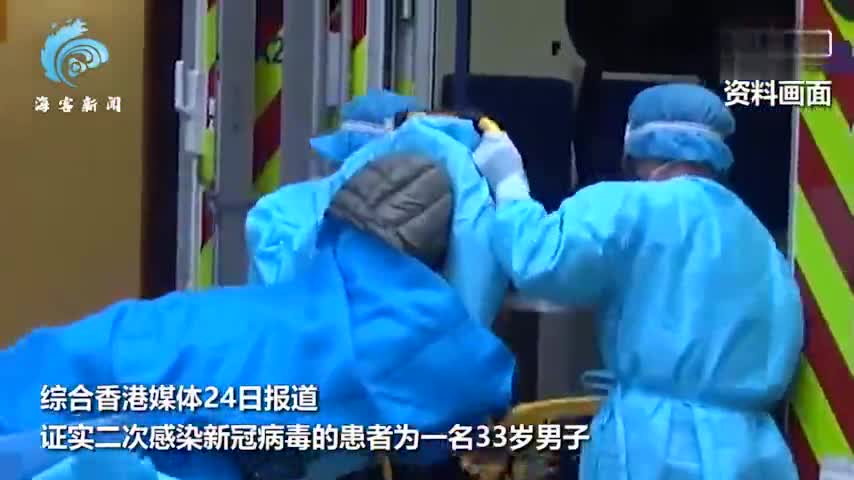 A patient recovered from novel coronavirus pneumonia has tested positive again after returning to Hong Kong from Europe. A team from the Department of Microbiology at the University of Hong Kong confirmed that the patient was infected with the novel coronavirus for the second time, the first such case in the world.

The re-infection was confirmed in a 33-year-old man who was diagnosed with the novel coronavirus at the end of March this year, recovered and was discharged from hospital in mid-April, and returned to Hong Kong from a trip to Spain via the UK in early August, where he was tested and confirmed again.

A team from the Department of Microbiology at the University of Hong Kong confirmed that the genetic sequence of the virus strains was significantly different between the two infections.

The team said there were 24 differences in the genetic sequence of the strains when comparing the patient's first and second infections. When the patient returned to Hong Kong to be re-diagnosed, he had no detectable antibodies when he was admitted to the hospital, so it was determined that he had been re-infected after recovery, rather than testing positive again for the original virus.

The team also pointed out that there was previous evidence that antibody levels in patients with novel coronavirus pneumonia gradually decline over the months following their infection.

According to the Department of Microbiology at the University of Hong Kong, the second case of infection shows that even after recovery from the diagnosis of novel coronavirus pneumonia, there may not be "lifelong immunity" and that the novel coronavirus may persist in the population for a long period of time, just like the influenza virus, for example.

The team also said that the emergence of re-infection cases could also shed light on vaccine research.

In this regard, the team recommends that recovered patients continue to be aware of the vaccine and consider getting the new coronavirus pneumonia vaccine in the future.