One out of every two phones being sold in China right now is a Huawei.

In the second quarter of this year, Huawei's phone market share in China reached 46%, the highest ever, according to a report by market research firm Counterpoint. 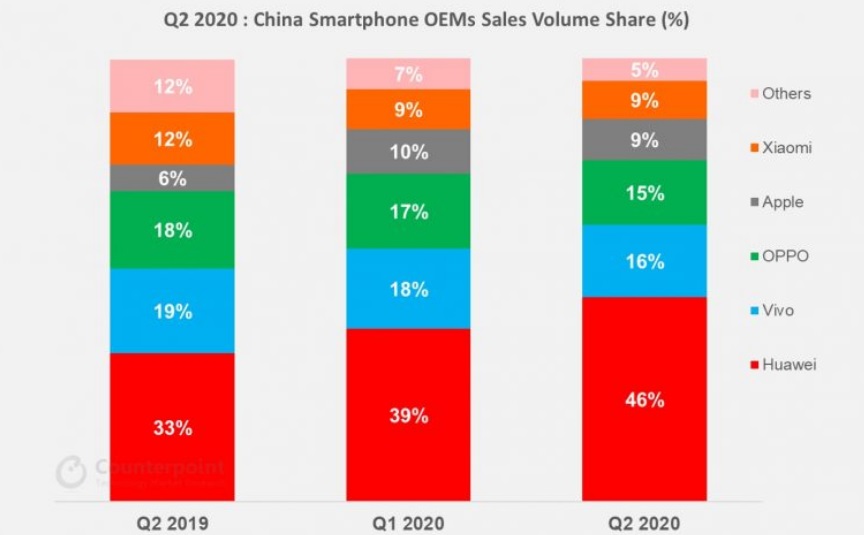 In the 5G smartphone market, Huawei's market share is even higher, at more than 60 percent.

China has emerged as Huawei's most important market after it lost the ability to use GMS in overseas markets in its latest smartphones, Counterpoint said.

Huawei's 5G portfolio is growing rapidly, thanks to the high-end Mate 30 and P40 series and the mid-range Nova 7 series.

In the second quarter, 33 percent of smartphones sold in China were 5G-enabled, up from 16 percent in the first quarter.

That percentage was even higher in June when more than 40 percent of the smartphones sold were 5G-enabled.

Apple was the fastest-growing smartphone brand in China in the second quarter, as the popularity of the iPhone 11 series continued to grow and the number of smartphones sold increased.

Apple's sales in China were up 32% year-over-year in the quarter due to the continued popularity of the iPhone 11 series and price cuts. 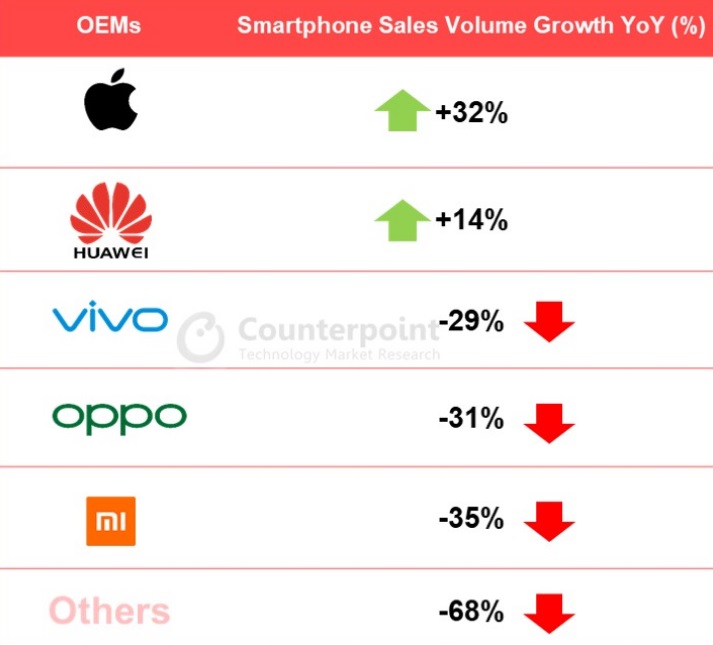 The iPhone SE 2020 also quickly moved into the top three best-selling iPhones of the second quarter of 2020.

All other phone brands except Apple and Huawei saw declines during the quarter.

Counterpoint said that despite the Covide-19 epidemic receding, consumer confidence remains low and both handset makers and carriers are pushing 5G smartphones by lowering the price of 5G devices and 5G package prices.

This has increased the share of 5G handset sales, with a third of total smartphone sales in China this quarter being 5G devices, the highest in the world. But that still didn't offset the decline in the overall market, Counterpoint said.