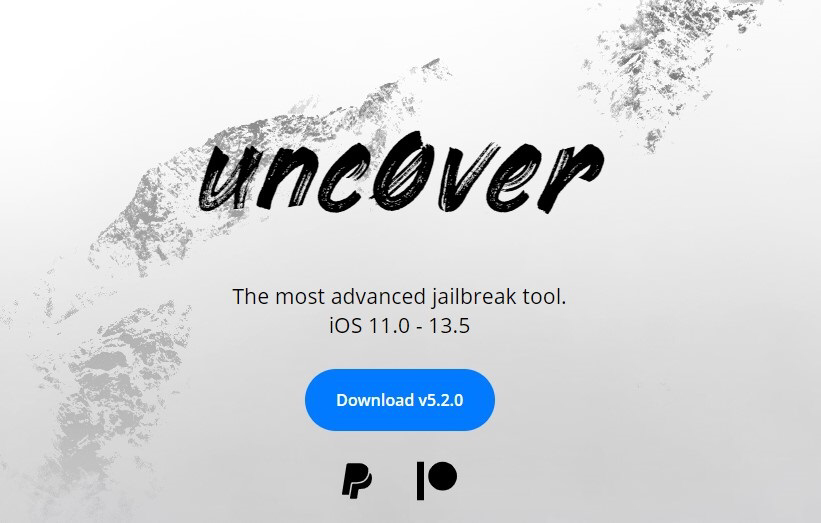 The unc0ver team today released version 5.2.0 of the iOS Jailbreak Tool, which supports the use of the tool on iOS 13.5.5 beta for iPhone, iPad and iPod touch devices Jailbreak.

Although the beta system isn't very suitable for everyday use, users who want to try it out may still want to consider it.

For those who haven't updated to iOS 13.5 yet, you can refer to the guide provided on unc0ver's website, and then Installing and running iOS 13.5.5 beta 1 with unc0ver 5.2.0 Jailbreak.

Apple has blocked the related vulnerability exploited by unc0ver in iOS 13.5.1, and yesterday Stop signing. So it's recommended that you don't try it on your primary device unless absolutely necessary.

Also, although iOS 13.5.5 beta 1 can be jailbroken with the unc0ver 5.2.0  It's not clear if the vulnerability is still present in iOS 13.6, which was released earlier today.

Users must download iOS 13.5.5 beta for their devices from the unc0ver website and then restore it to your iOS device.

(3) Upgrade Cydia with which it is bundled to fix a bug in the  Crash issue when enabling physical keyboard in iOS 13.5.

Given that the download links come directly from Apple's official servers, this means that Apple can still terminate signatures and remove download links at any time if necessary.

If you've previously disabled the automatic update option (as the bug didn't actually work), also make sure to re-enable it before jailbreaking again.

Also, if you're running iOS 13.5.1 or later on iPhone X and earlier devices, you'll still be able to use the iOS 13.5.1 or  13.5.5, consider using the checkra1n utility for jailbreaking (requires enabling the  (support for untested versions in checkra1n).

How to jailbreak iOS 13.5 with unc0ver on MacOS? See below:

How to jailbreak iOS 13.5 with unc0ver on MacOS