Home › Cars › What are Huawei's possible plans in the auto sector in 5G era?
#Cars#

What are Huawei's possible plans in the auto sector in 5G era?

Is Huawei going to make cars? On the evening of May 22, Mianyang Fulin Precision announced that the company has been identified as a supplier of Huawei's new energy vehicle speed reducer and related parts products.

On May 23, Huawei's brand department responded that the company has no plans to build a complete vehicle.

Previously, Huawei executives have repeatedly made it clear that Huawei will not build cars. In the 5G era, Huawei can provide technology, hardware, and services for car enterprises, according to industry analysis. 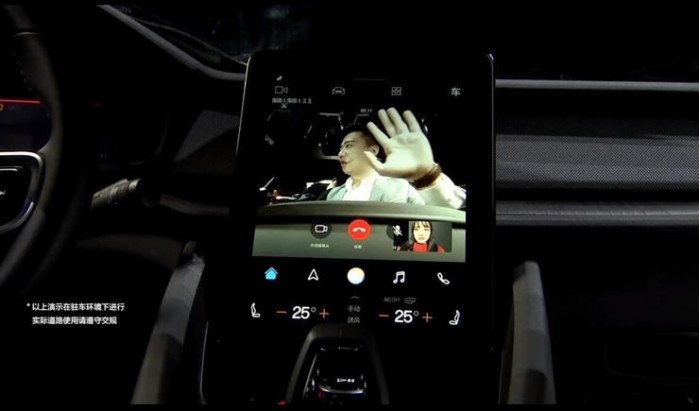 Huawei says it has no plans to build cars

In the evening of May 22, Fulin Precision announced that the company recently signed an agreement with Huawei, the company has been identified as a supplier of Huawei new energy vehicle reducer and related components products, the two sides will focus on the core technology products and industrial resources to develop cooperation in the field of new energy power drive assembly.

The announcement has the outside world imagining Huawei making cars.

On May 23, according to media reports, Huawei Brand Department responded that the company has no plans to build a complete vehicle, it is currently unclear how the parts involved in the announcement will be purchased, and the information is being verified internally.

In fact, Huawei executives have repeatedly and explicitly denied that Huawei makes cars.

In April 2019, Huawei rotating chairman Xu Zhijun said that Huawei does not make cars and has never invested in any company to make cars. Based on ICT technology, Huawei has become a supplier of incremental components for smart connected cars. This is also a clear positioning Huawei has given itself in the automotive sector.

A few days ago, Huawei also held hands with an enterprise in the field of new energy vehicle charging, and on the evening of May 20, TGOOD announced that its controlling subsidiary, TCC, had signed a Comprehensive Cooperation Agreement with Huawei, in which the two sides will communicate and cooperate in the areas of smart charging, 4G/5G communication connection, Huawei cloud services, charging network standards, etc.

In fact, Huawei has been in the automotive space for a long time, and in 2013, Huawei launched the in-car communication module ME909T for automobiles to enter the Internet of Vehicles.

Some analysts say that the carrier, enterprise and consumer businesses are more mature for Huawei, which is also constantly looking for new incremental businesses, and the automotive sector is one of the options.

Xu Zhijun has said that in the future, electric cars with self-driving capability will have Huawei-owned technology except for the chassis, four wheels, shell, and seats.

Huawei offers several solutions for smart connected cars: one is the most traditional connection, using 4G and 5G to connect the car to the network, Huawei has already provided 4G and 5G communication modules for many car manufacturers.

In addition, Huawei also offers HiCar, a full-scene interconnection solution for people, cars and homes, which, in simple terms, connects mobile devices and cars, extending mobile applications and services to cars and realizing a full-scene experience with mobile phones at its core.

On May 18 this year, BAIC Blue Valley said on the interactive platform that it has put Huawei Hicar technology on the relevant products for final testing.

On April 10, JAC said that the company's new model equipped with Huawei's Hicar engine system is under development. According to media reports, Hicar technology will also be available in BYD's upcoming new car, the Han.

In early May, Huawei announced that it had joined forces with the first 18 car companies to formally establish the "5G Car Ecosphere".

Wanlian Securities believes that this is expected to accelerate the commercial process of 5G technology in the automotive industry, automatic driving, 5G car networking and other system assembly rates are expected to rise rapidly.

Guosheng Securities believes that the wave of "software-made cars", represented by Huawei's consumer electronics leader will be more into the automotive market, industry change is gradually approaching.

Huawei and other consumer electronics leaders have accumulated deep research and development in chips, operating systems, application software, the future is expected to accelerate the entry into automotive electronics, and break the monopoly of the host factory and traditional first-class suppliers of the industry pattern, industry changes, new opportunities are expected to emerge.

Cui Dongshu, secretary general of China Passenger Car Association (CPCA), said the 5G era has huge room for smart cars to develop and Huawei can provide technology, hardware, services and solutions to car companies. However, there is a lot of room for smart car growth, the industry head pattern is still uncertain, what Huawei can do is also uncertain.

Guoxin Securities believes it's too early to make any wild claims about the core of Huawei's automotive industry chain, but what can be expected is that Huawei will be one of the key players in China's smart car industry in the future.

Huawei's entry into the market is good for the domestic smart car ecology as a whole, and is expected to bring into play the advantages of existing mobile phone electronic algorithms, combined with the advantages of capital and talents, to localize the key elements of smart cars that were in the hands of foreign giants such as Google, Nvidia and Weldon, and at the same time drive the booming development of upstream hardware enterprises and industry chain software cooperation enterprises.