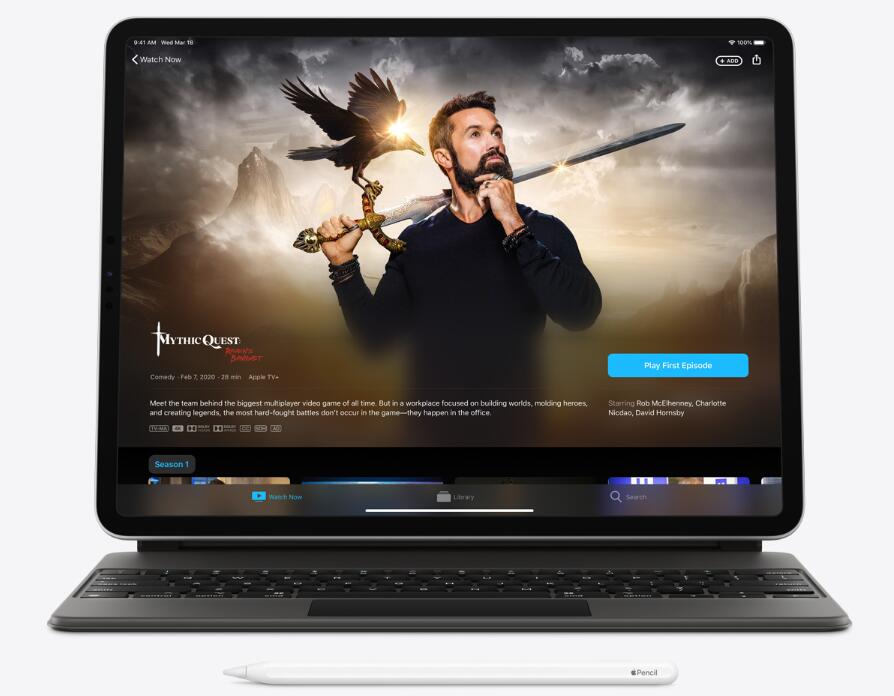 When Apple released the 12-inch MacBook in early 2015, it was expected to replace the MacBook Air.

At that time, the MacBook Air had not undergone design changes for 5 years. The thick bezels and non-HD screens made this machine look old.

With the release of the 12-inch MacBook, we have a refreshing look. Narrow bezels, ultra-thin body, fanless design, Retina display, all look like advanced evolution of the MacBook Air.

But it turns out that the 12-inch MacBook is a product that is too far ahead.

Excessive price, lack of interface, weak performance, fragile butterfly keyboard, these have made it fail to truly inherit the mantle of MacBook Air.

In the end, the 12-inch MacBook ceased to sound after the regular configuration upgrade in 2017, while the MacBook Air continued to maintain a more stable frequency every year, and the third-generation model released at the end of 2018 replaced the former.

This week, Apple brought the third update of the third-generation MacBook Air, and in addition to the configuration upgrade, the entry series in this MacBook product line seems to have a more professional temperament.

Now it seems that the 12-inch MacBook is more like an experimental product. Apple has tried several features in it that it hopes to promote in the future, such as narrow bezels, USB-C interfaces, and butterfly keyboards.

The original purpose of the butterfly keyboard is actually good. It is quieter, it can make the keycap more stable, and more importantly, it can reduce the thickness of the body.

But the butterfly keyboard also has its problems, which are prone to failure due to dust.

Although Apple subsequently introduced a policy of free repair and extended warranty, until the end of 2019, the 16-inch MacBook Pro that reused the scissors keyboard was officially released. This time, the incident that caused netizens' discussion and user troubles finally came to an end.

But with the release of the new MacBook Air this week, the answer seems to be on the horizon.

This newly released MacBook Air uses the same "magic keyboard" as the 16-inch MacBook Pro, that is, the scissor keyboard, and the key layout has also been changed (the arrow keys have become inverted T-shaped arrangements).

This so-called "magic keyboard" seems to combine the advantages of both the scissors keyboard and the butterfly keyboard. It has a 1-mm key travel, which is not easy to get into the gray, but at the same time responsive, butterfly-like keypad and quiet typing like a butterfly keyboard.

It seems that upgrading the 13-inch MacBook Pro to the scissors keyboard should also be a matter of course.

In addition to returning the scissors keyboard, Apple has also made regular configuration upgrades to the new MacBook Air.

Intel's 10nm Ice Lake processor is added to it, which claims to increase processing performance by two times, and users can also choose a 4-core version for the first time.

The integrated Iris Plus Graphics integrated graphics also uses a new architecture, which can bring up to 80% of graphics performance.

The new MacBook Air ’s solid state hard disk capacity has doubled compared to the previous model, from 128GB to 256GB, and the maximum hard drive that users can choose has also been increased to 2TB. In fact, compared to the performance change, I believe that more users focus on storage Capacity, because after all, if you're after performance, you might choose the MacBook Pro series.

The doubling of storage capacity brings more space for daily storage of data to the Air series. In the scenarios of storing files, videos, photos, etc., the extra 128GB of space in the standard version can solve a large problem.

In addition, the new MacBook Air's audio capabilities have also been enhanced.

Through improvements in audio technology, Apple has increased the bass range of the MacBook Air by 2-3 times and increased the volume by 25%.

In the MacBook series, the performance of the speaker has always been quite outstanding. At that time, the 12-inch MacBook was praised for its small body but excellent sound quality.

This time the MacBook Air's speaker enhancements will undoubtedly increase the user experience when watching videos and listening to music.

The display of the new MacBook Air is still a Retina screen with a 13.3-inch 2560x1600 resolution (227ppi) and supports Apple's original color display technology.

It is worth mentioning that the Thunderbolt 3 interface of the MacBook Air supports 6K output, and it is not a problem to use with the Pro Display XDR display.

Since its introduction in 2008, the MacBook Air has basically maintained a stable frequency of annual upgrades.

Because the price is relatively easy to approach, this series has also been one of the main considerations for entry users and students when buying a notebook.

But the MacBook Air series is not without development bottlenecks.

The life cycle of the second-generation MacBook Air lasted from the end of 2010 to mid-2017. In other words, for up to 7 years, the upgrade of the MacBook Air only revolved around the configuration, and the design has not changed.

Even in the relatively slow replacement notebook market, the 7-year period is really too long.

Faced with the rise of the ultrabooks of the Windows camp, even if the MacBook Air cannot be said to be defeated, it is difficult to maintain the once strong position.

Fortunately, after testing the 12-inch MacBook Air, the third-generation MacBook Air finally arrived late at the end of 2018. The Retina display, narrow bezels and larger touchpad make this device stylish and modern again.

This update keeps the MacBook Air from falling behind in the competition with Windows, but in Apple ’s own product line, the sudden emergence of the iPad Pro has put a lot of pressure on this series.

"There is only one mouse separated between iPad Pro and productivity." Of course, there is an exaggerated element in this sentence, but when performing productivity tasks, frequently using your fingers to tap the screen is not very efficient.

But among the spring new products released this week, the one that attracted the most attention was not the iPad Pro with the ultra-wide-angle camera and the ToF camera, nor the MacBook Air with a scissors keyboard.

Of course, it is more unlikely to be an upgraded Mac mini. It's a smart keyboard.

The magic of this smart keyboard is that it directly brought the MacBook's scissors keyboard (with backlight) and touchpad over. Apple also optimized and adapted cursor control in iPadOS. In other words, we can finally use the iPad Pro as we would with a MacBook.

So everyone started to exclaim, iPad Pro is finally going to replace the notebook.

From the "What's a computer?" ad to this time "Your next computer is not a computer." Slogan, Apple wants the iPad Pro to replace the computer the intention is almost self-evident.

Just because of the immaturity of the software ecosystem, the operating system is hindered, and the iPad Pro with powerful performance has not really realized Apple's original intention.

But with the advent of iPadOS last year and the wonderful debut of the Magic Control Keyboard this year, the iPad Pro seems to be only a short walk away from truly replacing computers.

However, Apple's journey has made its position as a MacBook Air a little precarious.

This boundary may be broken as the iPad Pro becomes more and more computer-like, but even if we assume that the target users of the MacBook Air will start to consider buying the iPad Pro, it is difficult to say whether they can cross the threshold of price.

In comparison, the new iPad Pro with the same storage capacity costs 8699 yuan, the screen is slightly smaller (12.9 inches), and only has a USB-C interface.

If you want to use the keyboard and touch screen, you also need to buy the new Magic Control keyboard separately. The 12.9-inch version costs 2699 yuan.

As for the operating system gap, at least for the MacBook Air, it is not a critical issue.

Its users have less demand for professional software than MacBook Pro users. Basically, they carry out education and lightweight office tasks. IPadOS is currently sufficient.

In my humble opinion, most users who intend to purchase the iPad Pro should already have a MacBook. The main purpose of buying this tablet is to get Apple's high-end tablet experience or to pursue a more portable office experience.

For educational users, an entry-level iPad or iPad Air may be a better choice.

But the situation with the MacBook Air is completely different. Most of the users who are interested in purchasing a MacBook Air have not been exposed to Apple's notebook ecosystem, and they do not have much demand for performance.

The budget is relatively plentiful but still somewhat price sensitive, and the relatively inexpensive MacBook Air is the ideal choice for them to get started.

From this perspective, the iPad Pro, a high-end tablet, is unlikely to threaten the status of the entry-level notebook MacBook Air in a short period of time.