Is the energy density BYD's 'blade battery' lower than competors? 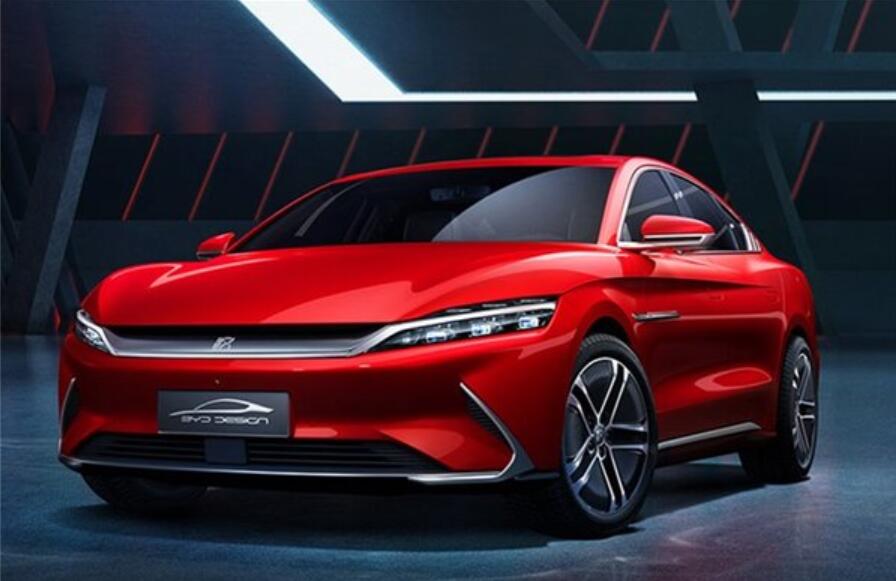 Recently, the official website of the Ministry of Industry and Information Technology announced the latest batch of new energy vehicle promotion catalogs (hereinafter referred to as "catalogs").

Among them, BYD 7009BEV1 pure electric cars produced by BYD Automotive Industry Co., Ltd. are among them. This car is the first BYD Han EV pure electric car equipped with a "blade battery".

Earlier, during the China Electric Vehicles Hundred Talents Forum (2020), BYD Chairman Wang Chuanfu revealed that BYD "Han" will be the world's first model equipped with a "blade battery", which is expected to be launched in June this year.

According to the catalog, according to different configurations, Han EV models provide two endurance versions, single-motor and dual-motor. The dual-motor version has a maximum NEDC operating mode of 605 kilometers, and its applicable battery system energy density is 140Wh/kg.

This value is slightly lower than the highest package energy density of NCM811 (high nickel battery) released by Contemporary Amperex Technology (CATL) and put into production last year, reaching 180Wh/kg, and lower than mainstream overseas battery manufacturers such as LG Chem and Panasonic The highest system energy density of the main product is 150 ~ 180Wh/kg.

For a long time, BYD's new energy vehicles have self-sufficient power battery supply, so its battery shipments have been overtaken by CATL. In 2018, CATL's battery shipments were twice that of BYD. At present, the gap between the two is widening. As a result, the "blade battery" is expected to become an important weapon for BYD to surpass competitors.

According to BYD's official information and related patents, the so-called blade battery is actually a large battery cell longer than 0.6m developed by BYD, which is arranged together in an array and inserted into the battery pack like a "blade" A kind of battery design process, so named "blade battery".

Wang Chuanfu once revealed that the new generation of "blade battery" by flattening the battery cells can not only increase the energy density per unit volume by 50% compared to traditional iron-lithium batteries, but also enable the battery life of the vehicle to reach 1.2 million kilometers in 8 years.

"Blade batteries" are under controversy. Judging from the current energy density data, compared with the combination of the "NCM811" battery pack and CTP (cells directly integrated into the battery pack) technology promoted by companies such as CATL, blade battery values have certain differences.

Does this mean that the "blade battery" once circulated in the industry is not as good as the competition?

Yu Qingjiao, secretary general of the Zhongguancun New Battery Technology Innovation Alliance, told First Financial and Economics reporter that this needs to be considered from the different technical methods of the two companies.

At present, most mainstream battery factories use "ternary lithium batteries", while BYD's " "Blade battery" is a lithium iron phosphate battery. The two materials are completely different and have different characteristics.

At present, it is mainly used in commercial vehicles with more complicated environments; ternary lithium batteries have advantages in energy density. In addition, Japanese and South Korean power battery companies have been competing for the Chinese market in recent years, which has also increased the pressure on domestic power battery companies. Efforts to remedy one's own disadvantages are continuing between the two different technological lines.

According to data from the China Chemical and Physical Power Industry Association, the current domestic quotation for ternary lithium battery cells is about 0.9 yuan/Wh, and lithium iron phosphate batteries are about 0.7 yuan/Wh.

According to the power battery market research agency SNEResearch, Data show that LG Chem and SKI have a cost per square kilowatt-hour of about 10% lower than the cost of a Chinese domestic company.

To this end, CATL launched CTP (cells directly integrated into the battery pack) technology at the Frankfurt Auto Show 2019, eliminating the need for module assembly. The goal is to increase energy density by 10% to 15% and reduce costs by approximately 30%.

Automotive industry analyst Zhang Qiang believes that in the current market context of significantly subsidized subsidies, cost has naturally become a topic that must be considered by major auto companies.

They can increase the value of their products by reducing battery production costs and increasing energy density and range. Approach.

According to the goals given by BYD and CATL companies, both have given the goal of reducing costs by 30%, and the value of BYD's blade batteries is to increase the mileage of cars equipped with lithium iron phosphate batteries to the same extent as ternary lithium batteries.

Regarding the dispute over the above-mentioned energy density, General Manager Zhao Changjiang of BYD Sales Company posted on his social networking site that the GCTP (cell-to-battery) technology adopted by the blade battery improves the inheritance efficiency, and the technology eliminates multiple software and hardware processes.

Therefore, the cost savings can be made more optimistic, which may also lead to a further increase in the price-performance ratio of Han EV.

However, Zhang Qiang also believes that for blade batteries, in addition to the test of energy density, there is no mature case for reference in product design and safety.

In addition, the current operating temperature range of lithium iron phosphate batteries is low, for example, the low temperature limit is only minus 20 degrees, which means that in winter in the northern region, the scope of application of this car is strictly limited. A car operating in a complex environment like China is a flaw.

In addition, Liu Taigang, deputy minister of GAC New Energy Technology Center, said that at present, whether it is CATL or BYD, there is greater pressure on foreign power battery companies such as the LG Soft Pack 590 module supported by the Volkswagen MEB platform, especially LG Chemical. The technology of the 590 soft package module is more difficult.

Taking Aion LX launched by GAC New Energy as an example, its 590 modules can achieve a maximum system energy density of 180 Wh/kg, and the high integration of the module reduces the unit cost. At present, domestic power battery companies have not been able to fully realize it.

Liu Taigang believes that both the integrated mode of the blade battery and the CTP of CATL are two different technical methods of highly integrated modules. At present, both technical routes need a way to go.