Inventor of QR Code: I never thought it could be used for payment

In 1994, Masahiro Hara from Japan invented the QR Code in order to facilitate the management of auto parts. He had no idea back then what his invention would mean for the world 16 years later.

Recently, Masahiro Hara said in an interview with Chinese media for the first time in Tokyo that when the QR Code was developed, it was only intended to be used in industry, and it was completely unexpected as a mobile payment method.

"At the time, I felt that I had developed something great, and predicted that it would be widely used in the industry in the future. But it was widely used by general users, which I did not expect. It was used as a payment method. It was completely unexpected. "

Talking about the use of QR Codes in Japan, which is far from widespread in China, Masahiro Hara believes that there are three reasons.

One is that the application of QR Code is not progressing well in Japan, the other is that there are many elderly people and it is more difficult to operate with a mobile phone. At the same time, he expressed doubts about how China solves the problem of using mobile phones by the elderly. "How to let the elderly learn how to use their smartphones?" One final reason is that Japan has a high fee.

He also lamented that it is very happy to make QR Code widely used in China through a convenient app such as WeChat, and it is good to use WeChat in Japan. 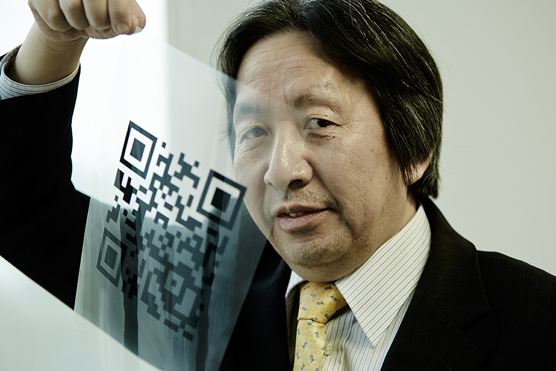 In 1994, DENSO WAVE (then a division of DENSO CORPORATION) announced the release of its QR Code, developed by a team led by Masahiro Hara.

The QR in the name stands for quick response, expressing the development concept for the code, whose focus was placed on high-speed reading.

When it was announced, however, even Hara, one of the original developers of the code, could not be sure whether it would actually be accepted as a two-dimensional code to replace barcodes.

He had confidence in the performance of the code, however, and was eager to make the rounds of companies and industry organizations concerned to introduce it in the hope that it would become known and used by as many people as possible.

Thus the QR Code, which could be used at no cost and without worrying about potential problems, grew into a “public code” used by people all over the world.