Hong Kong-listed China Telecom announced on March 9 its plan to list on the A-share market, set to become another telecom operator to be listed on the mainland stock market.

China Telecom will list on the Shanghai Stock Exchange with a public offering of up to 12.093 billion shares, accounting for 13 percent of its total share capital, according to an announcement the company made today on the Hong Kong Stock Exchange.

The company may authorize the lead underwriter to exercise the over-allotment option to over-offer up to 15% of the number of shares in the offering.

It reached 86.5 million 5G customers with a penetration rate of 24.6 percent, the operator said, adding that mobile users reached 351 million, a net increase of 15.45 million, and a rise in user market share to 22.0 percent.

China Telecom closed at HK$2.65 on Tuesday. Over the past six months, analysts at HTSC, Guotai Junan Securities, and CMSC have raised their price targets on China Telecom, with the highest currently seen at HK$3.80. 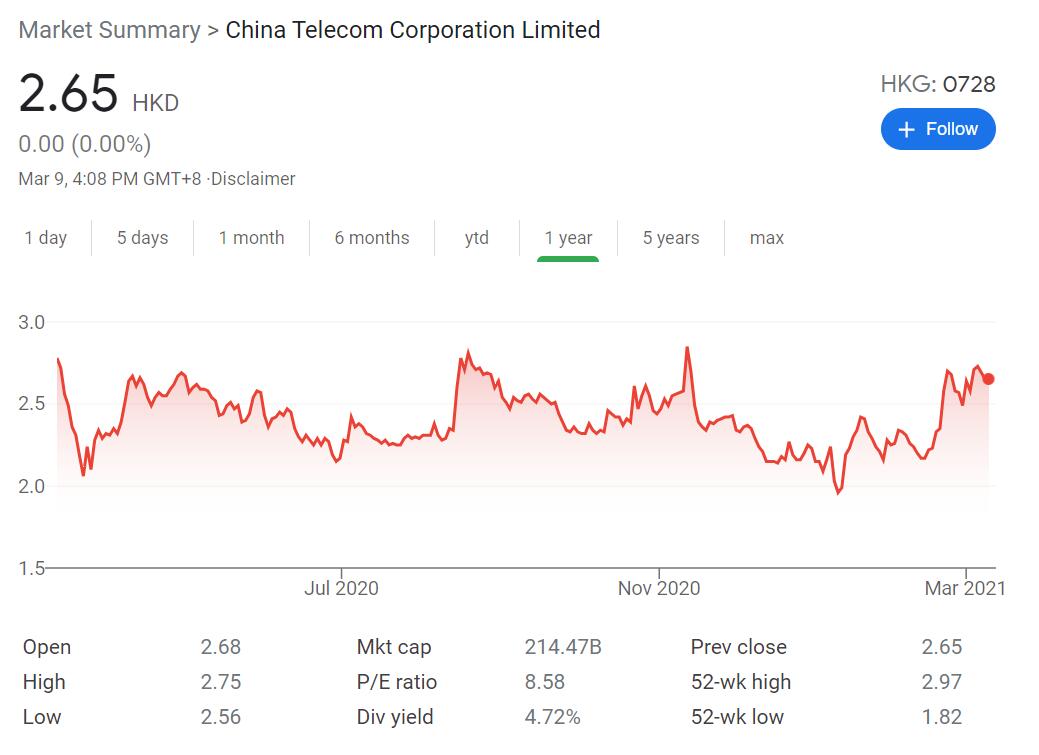