Huawei recently pushed out HarmonyOS 2.0 Developer Preview Beta 2 for phones and tablets, two months after the first push of the system.

According to Weibo blogger @菊厂影業Fans, the Beta 2 version of HarmonyOS has many detailed changes and optimized many bugs compared to the first version.

HarmonyOS Beta2 version is closer to the public beta version, and now many developers have already started to upgrade this version for development work, the blogger said.

The official version of HarmonyOS will be released at the end of April, and the first models that can be upgraded are the MateX2 and P50 series and the Tablet 2 series. Then the Mate40 series and P40 series will also open the internal test upgrade, the blogger said.

Other models will also be upgraded one after another, the time is still unknown, but it is certain that most of the models in the last two years have the opportunity to upgrade HarmonyOS, he said.

The key upgrades of Beta2 are as follows:

Previously Richard Yu, CEO of Huawei's consumer business, said that HarmonyOS will be open for an upgrade in April, and the first batch of Huawei Mate X2 folding flagship will be equipped. 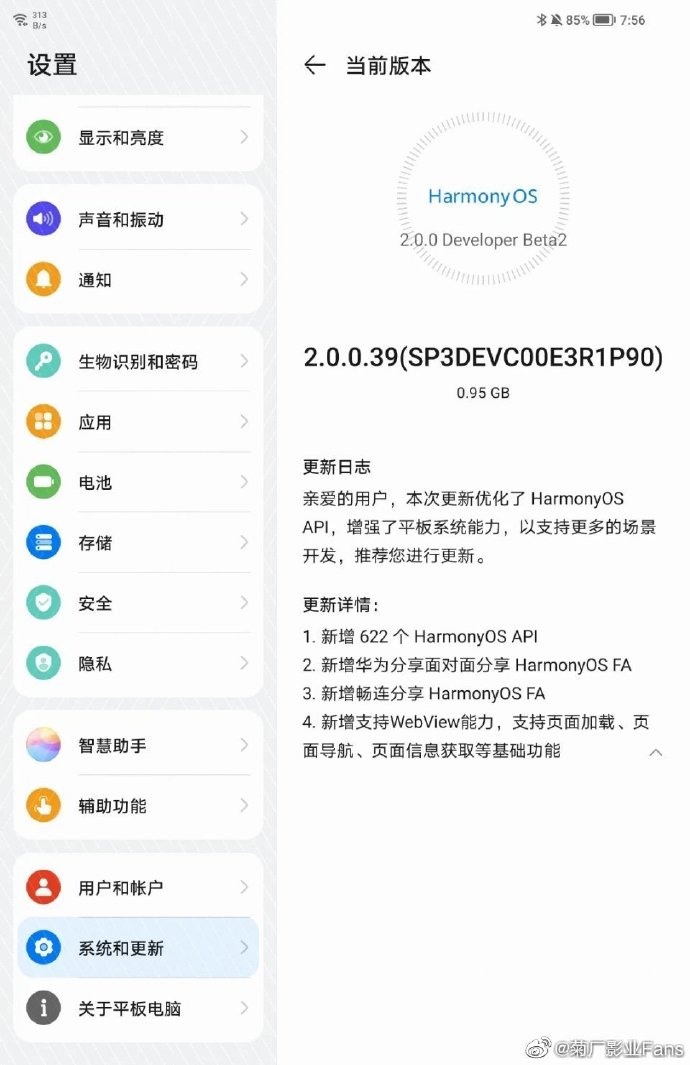