Chinese search giant Baidu said today its in-house developed 7nm AI chip Kunlun 2 is about to be mass-produced to further enhance the arithmetic advantages of its AI cloud.

Kunlun 2's performance is said to be three times better than its predecessor, and Baidu said it will be deployed in areas including search, industrial internet, and intelligent transportation. 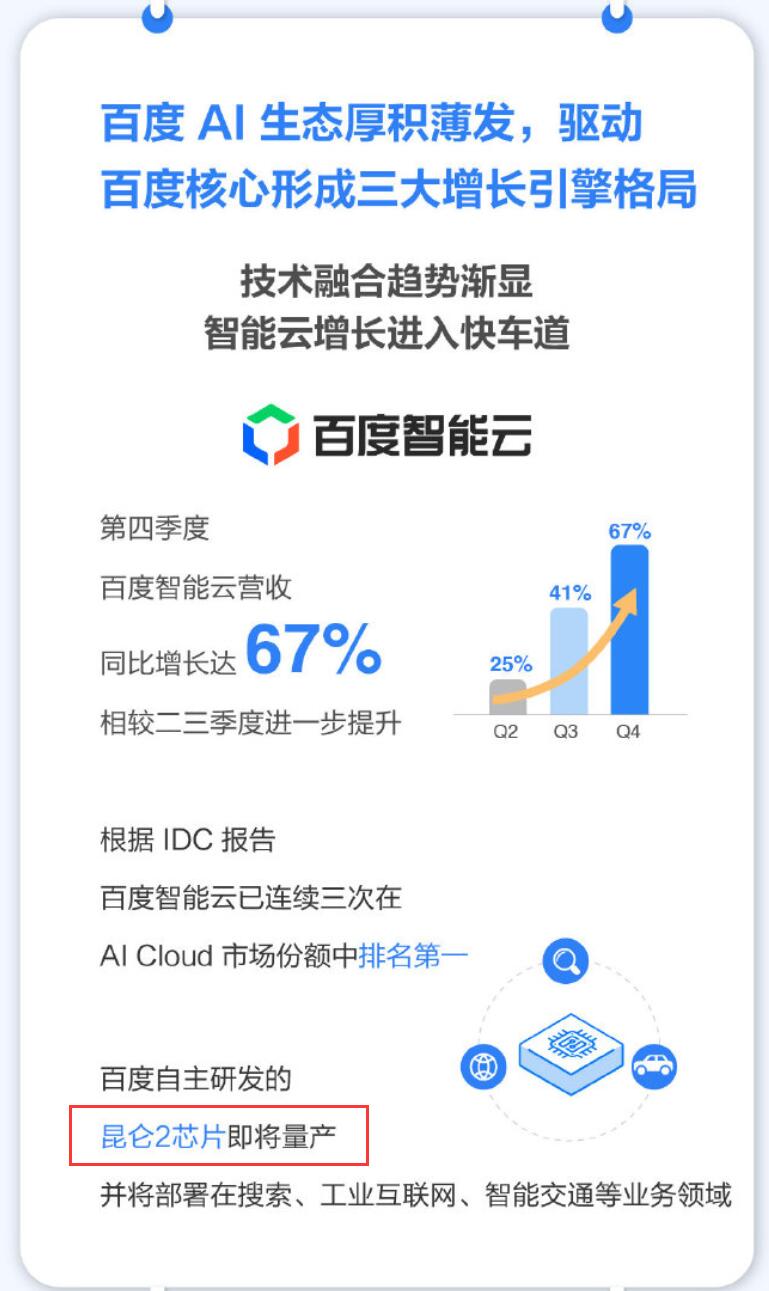 Kunlun 1 had been mass-produced more than 20,000 pieces and had achieved application deployment as of the middle of December 2020.

Baidu has been No. 1 in China for three consecutive years in terms of AI patent applications and licenses. Baidu AI open platform brings together 2.65 million developers, making it China's leading AI mass production platform with integrated hardware and software.

The strength of AI technology is bringing new profit growth for Baidu. The company announced today that its revenue rose 5% year-on-year to RMB 30.3 billion ($469 billion) in the fourth quarter of 2020, beating analysts' estimates of 30.06 billion yuan, according to IBES data from Refinitiv. 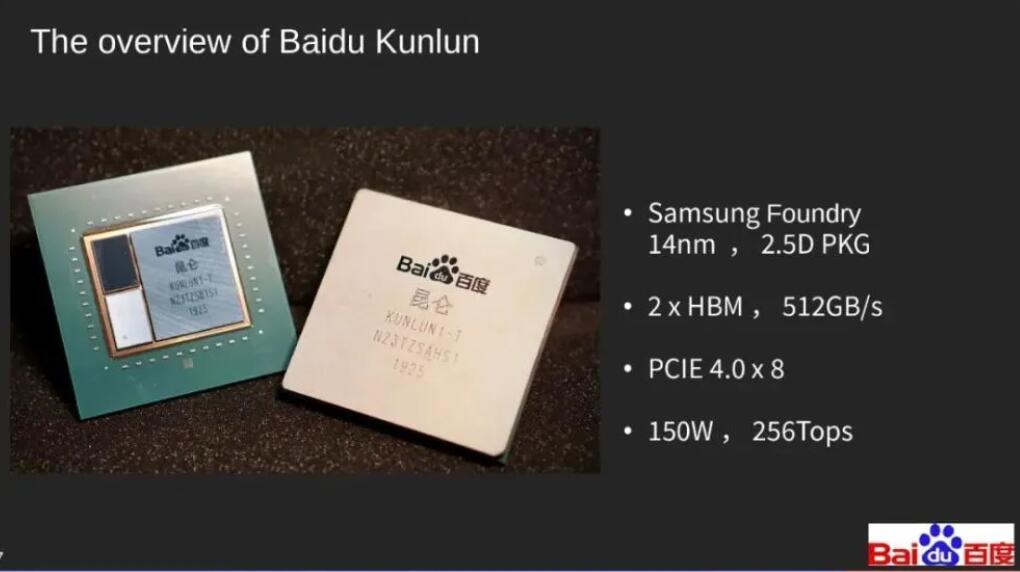